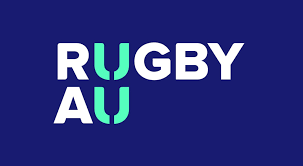 The 32-man squad will head into camp on the Gold Coast in the lead-up to the Championship at Bond University, with their first match against Japan kicking off on April 26.

The Queensland group will link up with NSW rivals Angus Bell, Ben Donaldson, Will Harris, Pat Tafa and Will Harrison.

Junior Wallabies stalwarts Esei Ha’angana, Trevor Hosea and Semisi Tupou will be flying the flag for the Melbourne Rebels while Qantas Australian Men’s Sevens speedster Triston Reilly has been released from Tim Walsh’s Sevens squad for the U20s Championship.

Junior Wallabies Head Coach Jason Gilmore said: “We’re looking forward to the matches that lay ahead, we’re taking in a strong, well prepared squad its now a matter of getting onto the field.

“We’ve got 9 members of the 2018 World Championship squad back again in the fold, so they will be leading some of our newer members in the group.

“The whole squad have put in the work to earn their spot so it’s now a matter of maintaining this work ethic as we head into camp,” Gilmore said.

The Junior Wallabies finished second at last year’s championship after going down to New Zealand 43-28 in the final.