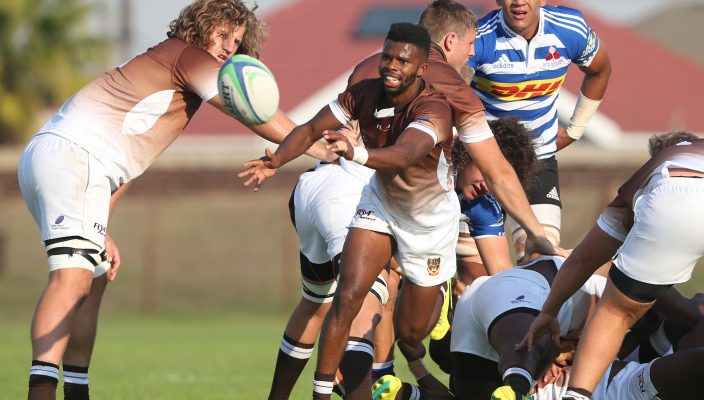 Visiting teams ruled in the second weekend of the SuperSport Rugby Challenge with no less than five of the travelling teams winning their matches, with only DHL Western Province able to win at home.

It was action-packed from start to finish though, with yet another display of dazzling rugby, new heroes emerging and nail-biting finishes fast becoming a hallmark of this new provincial competition. In fact, in four of the six matches played, either team could still win with minutes left to play, with only DHL WP and the Vodacom Blue Bulls who had commanding wins.

The latter needed a win in the North Section, which is going to be very competitive indeed and secured a first win, beating Windhoek Lager Welwitschias 50-25 in Windhoek. DHL WP took early command of the south section with their 50-34 win over Border in Cape Town, while in the central section the Leopards moved into the top spot of the log with a close 38-35 win over Tafel Lager Griquas in Kimberley.

The Cape side leads the try-scoring stakes with 11 after two matches in a weekend that saw no less than 54 tries being scored, compared to the 43 in Round One.

In Kimberley, the home side will rue a very slow start against the Leopards, losing 38-35. The Tafel Lager Griquas had to overcame a 17-point deficit at the Diamantveld High School, only to see the margin slipping away again in the final minutes of play. The Potchefstroom team held a strong 24-14 lead at the break, but three tries in 15 minutes saw the home side overtake the visitors.

The Leopards recovered well though and scored their fifth try with just five minutes remaining on the clock. With this win, their second one on the road, they go top of the central log with Tafel Lager Griquas dropping into second place.

In the weekend’s televised game, the Down Touch Griffons came from behind to beat Toyota Free State XV 38-36 (halftime 17-29) at Toyota Stadium in Bloemfontein. Trailing 36-17 at one stage during the second half, the visitor’s remarkable fightback almost came to nothing as flyhalf Heinrich Bitze had a long range penalty attempt to win it for the Toyota Free State XV, but missed it to the right, much to the delight of the men from Welkom.

The lead changed hands a couple of times in the opening half, but three tries by the home side, playing in their first match of the tournament, saw them leading with some breathing space at the break. A yellow card to the Bloemfontein side with 14 minutes to play opened a small window of opportunity for the visitors and they duly cashed in, scoring two tries to edge into the lead.

The second, scored by Vuyo Mbotho, was not only the second to the player, but also equalled the scores. Jaun Kotze kicked the conversion to put the Down Touch Griffons in the lead for the first time in the half. And that proved decisive.

In Windhoek, the Vodacom Blue Bulls proved too slick for the home side and beat the Windhoek Draught Welwitschias 50-25 after leading 24-10 at the break. Scrumhalf Ivan van Zyl has a productive afternoon, scoring three tries for the visitors, while former Namibian schoolboy star, Divan Rossouw, also bagged a five pointer against his countrymen.

The home side had a strong first half, but fell away in the second as the combinations in the Vodacom Blue Bulls side started finding their feet and each other with good passing and running lines.

The North section will be a highly contested one as shown by the 40-29 win of the Xerox Golden Lions over the Steval Pumas at KaNyamazane Stadium, Nelspruit, on Saturday. The visitors trailed 17-19 at the break, but once they found their rhythm in their first match of the Rugby Challenge, proved too slick for the Steval Pumas, who opened their account with a win last weekend.

A brace of tries by scrumhalf Reynier van Rooyen helped the home side to dominate at first, but two tries from for former Junior Springboks no8, Fabian Booysen, and some good finishing by their outside backs saw the Xerox Golden Lions pulling away as the match progressed.

In Cape Town, the DHL Western Province overcame a gritty Border Bulldogs team, winning 50-34 after leading 26-20 at the break. The home side improved their early stronghold on the South section of the Rugby Challenge with a seven try romp at City Park in Athlone, but found the visitors more than willing to play and contribute to a very entertaining game of rugby.

The Bulldogs flyhalf, Oliver Zono, scored 24 of his side’s 34 points through two tries, four conversions and two penalties but his opposite number, Brandon Thomson, landed six conversions and a penalty with the boot.

On Friday, the Eastern Province Kings secured their first win of the competition by beating SWD Eagles 34-29 at Outeniqua Park, George. A strong first half performance, which saw them leading 24-3, held them along the way.

Credit to SWD, who seemed slow out of the blocks in their first appearance in the competition. At one stage during the first half the home team was reduced to 13 men with two yellow card indiscretions, but came back strongly in the second half. The Kings were forced to play out the last 12 minutes of the match with 14 men after replacement Roche van Zyl was red-carded for a tip-tackle, but just did enough to win this one. 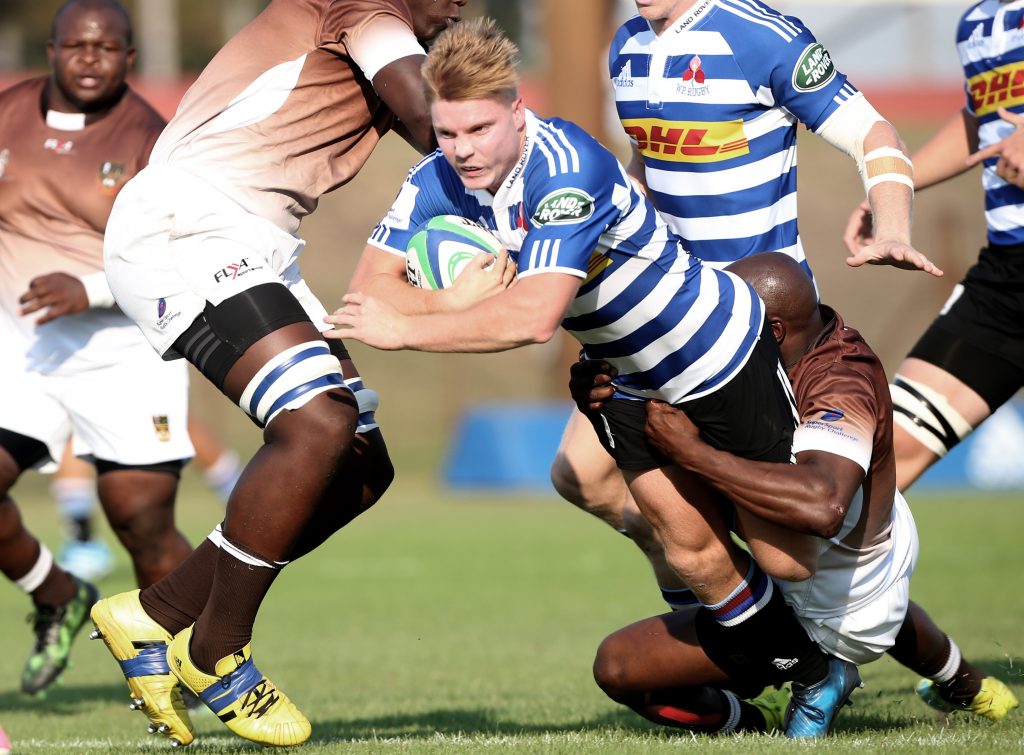 The logs after Round Two are: