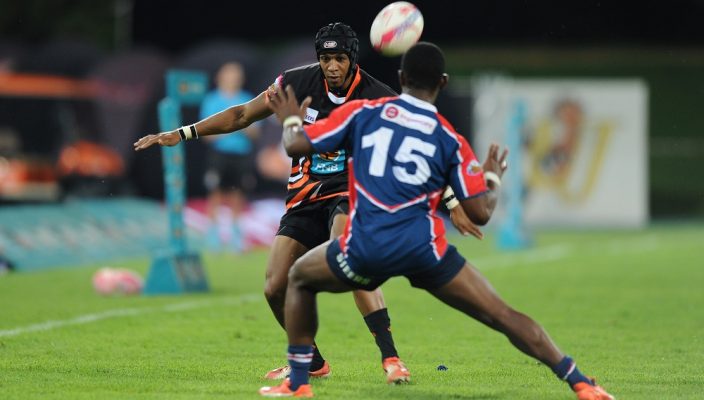 University of Johannesburg stalwart CJ Jordaan is aiming for a memorable end to his rugby career at the institution when the Varsity Sevens tournament takes place in Durban, starting on Friday.

The 25-year-old, in his final year of a road transport management course, will bring the curtain down on his involvement with UJ rugby after representing the university at sevens as well as in the 15-man format in the last five years.

Jordaan will be playing in Scotland next year, but right now his attention is fully focused on competing in his fourth Varsity Sevens tournament, an event he describes as having “an amazing vibe”.

“I am extremely excited and motivated to finish my career at UJ on a high note,” said Jordaan, who grew up in Queenstown but now lives in Melville in Johannesburg.

“We have had great preparation with a really good bunch of players and good people. It’s time now to go out and produce the goods.”

A fullback in 15-man rugby, Jordaan operates as first receiver in sevens, so he will be at the forefront of UJ’s title bid in what coach Patrick Ross-Allen has called the “toughest sevens tournament in the world”.

Jordaan backed the coach’s view as the team prepared for a hectic opening two days of the tournament. The third day will be taken up by the playoff matches.

“Playing nine pool games in two days is no joke,” said Jordaan, who was christened Carlisle but is known by almost everyone as CJ.

“Sometimes the breaks between games are only an hour long. You need to be mentally tough.

“Every game will be challenging, so it’s about taking each day and each game step by step and trying to grow in confidence as a team.”

Jordaan said he had always enjoyed competing in the Varsity Sevens.

“The atmosphere around the field is fantastic and I encourage people to come to watch and have a good time.”

He would always look back on his first Varsity Sevens tournament, which was held in Camps Bay, Cape Town, with fondness.

“We did not get past the semifinals, but it was a great experience,” he said.

Having represented the Border U18 side while he was at Queen’s College, Jordaan has been involved with UJ rugby since 2013, playing in the Varsity Cup competition and the sevens format.

He began to focus on the sevens game when he struggled to make a breakthrough in the UJ rugby system.

“I played for the UJ junior sevens team and went on to represent the seniors and the Lions sevens teams for four years,” he recalled.

“We all know the main requirements of sevens are skill, speed and conditioning, but I believe mental strength and a positive attitude are also important.

“Your positivity rubs off on others around you and that creates a good vibe in the team.”

Jordaan, who has signed to play for the Gala Rugby Club in Scotland, said his goal was to reach provincial level.

“That is my aim at this stage, but I also have a dream of eventually making it to the South African sevens academy,” he added.

CAPTION: CJ Jordaan will play in his swansong event for the University of Johannesburg when the Varsity Sevens rugby tournament takes place in Durban from December 1 to 3. Photo: Saspa