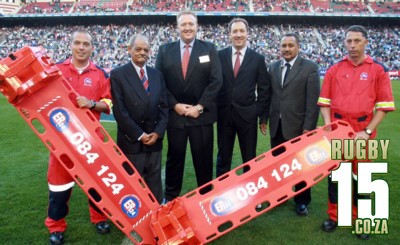 The South African Rugby Union (SARU) applauded the efforts of the SWD Eagles Rugby Union after their professional and amateur coaches recently concluded their BokSmart certification. The BokSmart programme, has educated almost 17 000 coaches and referees across the country.

A total of 18 coaches from the SWD Eagles Rugby Union participated in the BokSmart Rugby Safety Workshop, proudly sponsored by Absa, which is aimed at making the game safer. Johann Lerm (head coach), Keith Meyer (assistant coach) and Anton Leonard (defence coach) were amongst the coaches who attended the course. A further 64 coaches attended a separate BokSmart workshop in Oudtshoorn.

“It shows that they are taking the programme seriously and have bought into the task of improving the safety standards of the game at all levels of play. Well done to Johann, Keith and Anton for being ambassadors for the programme in the South Western Districts region.”

SARU’s national rugby safety programme BokSmart has successfully conducted more than 737 rugby safety workshops across the 14 South African rugby unions with a total of 16800 coaches and referees having been certified since its launch in July 2009. All the referees on SARU’s national panel have already done the course.

This achievement leaves the BokSmart on track to realise its target of certifying as many coaches and referees as possible nationally by the end of the year, before major new rugby safety regulations come into force at all levels of the game in 2011.

The key regulations that will come into effect next year include that provinces, clubs, rugby bodies and schools will not be allowed to host any matches without ensuring that all match officials and participating coaches are BokSmart certified.