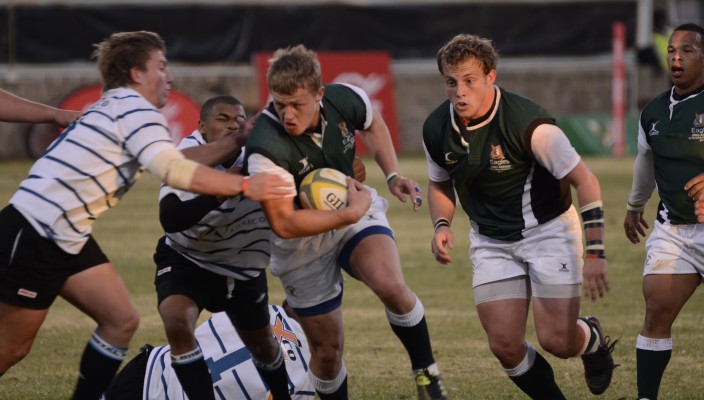 The SWD Eagles on Thursday concluded a successful Coca-Cola Under-18 Academy Week as they thumped Eastern Province 32-7 in the grand finale of the tournament at Glenwood High in Durban.

The George-based team were in top form throughout the competition as they secured thrilling victories against the Golden Lions and Western Province in their opening matches.

The 22-19 victory against tournament favourites DHL Western Province undoubtedly bolstered their confidence going into the final match following the Cape side’s emphatic 93-0 victory against the Red Valke on the opening day.

The Eagles entertained the crowd by running in a total of five tries to only one scored by their opponents.

A penalty by John Jackson opened the scoring in the seventh minute, which triggered the team’s first half dominance as they cruised to a 22-0 lead at the break.

Wynand de Necker and Hendri Storm crossed the chalk first, with Domenic Smit adding another to the tally shortly after the break. But the score was inflated significantly by two tries in two minutes in the third quarter, which handed the side a 32-0 lead.

Eastern Province, however, scored a late consolation try for their only points of the match.

The Griffons also finished the tournament on a high as they defeated KwaZulu-Natal Country Districts 34-20 to round off their unbeaten run.

In other matches, Western Province registered a 24-5 victory against the Pumas, hosts KwaZulu-Natal beat the Blue Bulls 32-28, Free State outplayed the Golden Lions 35-8 and Border outclassed the Blue Valke 76-10.