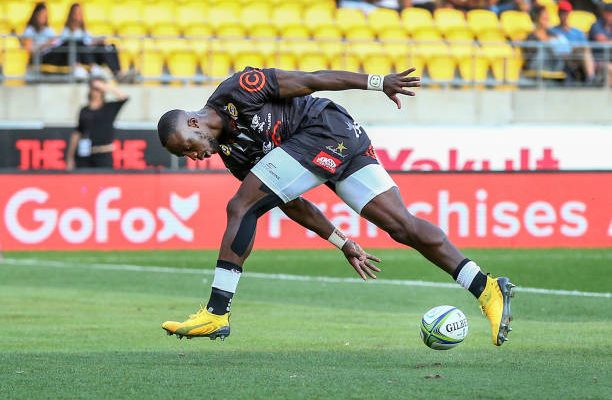 The Blue Bulls Company is delighted to announce the signing of the electrifying quick Madosh Tambwe effective immediately with the utility back making Loftus Versfeld his home until June 2023.

Tambwe, who was born in Kinshasa; Democratic Republic of the Congo, joins from the Cell C Sharks and stands at 1.86m and weighs in at 92kgs.

The 23-year-old former Parktown Boys’ High School scholar made a name for himself at the Xerox Lions where his try scoring ability and strength on the wing allowed him to move quickly up the ranks.

Tambwe represented the Xerox Lions at U19 and Currie Cup level while he also forced his way into the Emirates Lions’ Vodacom Super Rugby squad in 2017.

Vodacom Bulls Director of Rugby, Jake White said: “Madosh is an amazing talent, and is a welcomed addition to our backline stock where his talent will benefit the collective strength. We are excited to start working with him and see his skills on the field.”