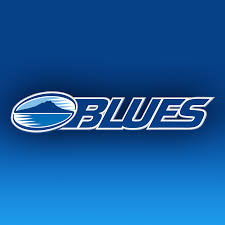 Tana Umaga will be the new head coach for the Blues

Current Counties Manukau coach and former All Black captain, Tana Umaga will be the new head coach for the Blues.

His three-year appointment, confirmed jointly by the Blues and New Zealand Rugby, was announced today at the site of what will be the new base for the Blues, at Alexandra Park in Auckland.

Umaga has enjoyed an impressive career on and off the field, as a centurion for Wellington, 122 caps for the Hurricanes and 74 appearances for the All Blacks including being a successful All Black captain. He was a player-coach, Head Coach and Director of Rugby at Toulon in France for four seasons where he coached the team from the second division to be promoted to the Top 14 in his first year in charge and also to a European final. It is widely recognised that he played a major role in where Toulon now sit as the one of the most successful teams in Europe.

In 2010 he returned to take up a coaching role at Counties Manukau where he again started as a player coach before moving into an Assistant Coaching role and then Head Coach. He has been responsible for one of the most successful periods in Counties Manukau’s history which included being promoted to the ITM Cup Premiership in his first year as Head Coach and winning the Ranfurly Shield for the first time in their history. This year he has also been assistant coach of the New Zealand Under-20’s who were undefeated at the recent Junior World Cup and won the final.

Umaga said it was an honour to take up the role with the Blues.

“I am excited at the opportunity and of course understand there’s a big challenge ahead for us all,” said Umaga. “I know there are a lot of very good players signed on and I look forward to working with them.

“There’s no quick fix to turn things around. It is going to take a lot of very hard work which will be my focus. I want to let our performances on the field do the talking.”

“The Board of the Blues has agreed unanimously that we have the right person for the job, and are thrilled Tana has accepted what we believe is both a hugely exciting opportunity and a massive challenge,” he said.

“We understand our fans and sponsors, along with everyone on and off the field in this club are not satisfied with our results especially this year.

“At the same time in the two years since we have been a stand-alone organisation we have developed a solid business from scratch. Within the playing unit we have begun to develop a positive culture and beliefs, while we’ve worked hard on our relationships within the region and on identification and recruitment of future Super Rugby players.

“We will work tirelessly in support of Tana to assist him in now pulling this together and guiding our on-field performance to a sustained, competitive playing unit.”

“Tana is very well equipped to step up to this challenging role. He has spent valuable time in the ITM Cup environment with Counties Manukau, has coached at the top level in France and was part of the coaching team that steered New Zealand Under-20 to success in the recent World Championship,” said Tew.

“He has made the successful transition from professional player to coach so is very aware of the demands on athletes and what it takes to succeed at the highest level of the game. We wish Tana all the best and will certainly ensure he has all the support he needs to allow him to make his mark.”

Umaga will take up his position fulltime at the end of his duties with Counties Manukau in the ITM Cup this year. Appointments to fill the vacant assistant coach roles will be made within the next two months

Tana Umaga will be the new head coach for the Blues