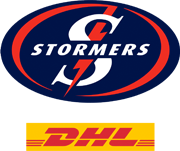 Jaco Taute will make his first appearance this season for the DHL Stormers in their clash with the Melbourne Rebels at AAMI Park on Saturday.

The powerful utility back suffered a knee injury in pre-season, and makes his return to Vodacom Super Rugby action at fullback in place of Cheslin Kolbe who is currently on national Sevens duty.

A fit-again Schalk Burger also returns to the starting line-up at No.8 and will captain the side in the absence of Juan de Jongh who is also with the Springbok Sevens squad.

The only other change to the team that started the 31-24 victory against the Toyota Cheetahs at DHL Newlands before the June break sees Vincent Koch replace the injured Frans Malherbe at tighthead prop.

On the replacements bench prop JP Smith and utility back Scott van Breda are both in line to make their DHL Stormers debut should they take the field.

DHL Stormers Head Coach Robbie Fleck said that the players have embraced the challenge on tour as they look to gather some vital momentum.

“The spirit in the squad is very positive, we know that the Rebels are a tough side to beat at home, but we are certainly up for the challenge,” he said.