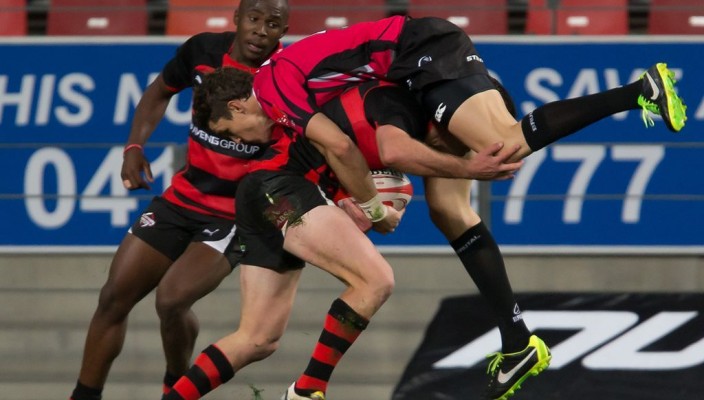 The quality of rugby in the Absa Currie Cup First Division is expected to rise significantly on Friday with the players settled and the teams focused on stamping their authority early on.

The Leopards host the Valke in Potchefstroom at 17h15, while the SWD Eagles and Regent Boland Cavaliers battle it out in George and the Steval Pumas take on Border in Nelspruit. Meanwhile the Down Touch Griffons will go up against the EP Kings in Welkom in the only match on Saturday.

In Potchefstroom the Leopards will go into the clash against the Valke as favourites with home ground advantage, form and confidence counting in their favour. But they will be wary of the fact they had a major advantage last week as Boland were reduced to 14 men for 61 minutes following a red card. The big challenge for the Valke will be to match the Leopards’ physicality in the set pieces where captain Brendon Snyman and hooker Edgar Marutlulle will lead the charge. The clash will also mark the beginning of SA under-20 players Luther Obi and Sylvian Mahuza’s senior careers as they could both make their Currie Cup First Division debuts for the Leopards.

SWD will also look to build on their strong start to the competition when they line up against Boland in what is expected to be an attacking spectacle. Both teams boast quality backs, and competitive packs. Boland, however, will have to tighten up their defence, especially with Alshaun Bock at bay and in top form.

In stark contrast the clash between the Steval Pumas and Border is expected to feature a massive forward battle. And given the Pumas’ disappointing penalty count at the breakdowns last week, in particular, they would be wise to improve their discipline at the rucks. Border will be equally conscious about the importance of good discipline as Pumas flyhalf Carl Bezuidenhout’s pin-point goal kicking is one of their main weapons.

The clash in Welkom is also expected to be tightly contested, as both teams showed encouraging signs in attack and defence last week. The Kings, in particular, will take heart from the fact that they made the Pumas work hard for their victory despite the absence of their top players due to Vodacom Super Rugby duty, which will motivate them this week. The visitors, however, will have to improve their discipline to keep alive hopes of a victory, especially at the rucks, as Griffons flyhalf Louis Strydom’s boot could inflict similar damage to that of Bezuidenhout.

Down Touch Griffons vs EP Kings