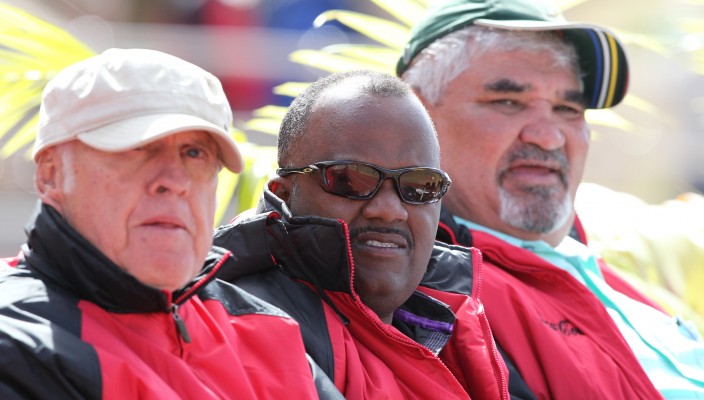 Jul 11 • Craven Week, General News, School • 2243 Views • No Comments on The benefits of SARU’s high performance programme is evident at the Coca-Cola Under 18 Craven Week

10 July 2013  SA Rugby’s revised provincial high performance system is in its second year, and there is already evidence at the Coca-Cola Under-18 Craven Week, currently under way in Polokwane that it is paying dividends.

Herman Masimla, SARU’s manager of junior high performance says that the physical conditioning of the players has markedly improved on previous years and, although some teams are clearly tactically superior, as far as physical strength and condition are concerned, the gaps between provinces have closed.

The provincial high performance programme, Masimla explains, requires each province to identify a squad of at least 30 under-15 players and at least 50 under-17s each year and to begin preparing them for the next year’s Coca-Cola youth weeks – Grant Khomo or Craven/Academy Week.

“We supply all 14 provinces with the necessary protocols, manuals, biokinetic support, testing kits and software, and we expect a standardised programme to be followed for the identified players across the provinces,” he said.

“A successful rugby player needs tactical expertise and physical ability. We leave the tactical side up to the coaches in the provinces, but we want a standard of physical preparedness to be maintained.”

Once the players for the Youth Weeks have been identified out of those provincial squads, they become eligible for SARU’s national high performance programme.

“At the youth weeks we speak to all the players and tell them what is needed for them to rise to the next level,” Masimla says. “Every player is given a training manual and a DVD with video clips explaining how the exercises must be done.”

At the under-16 Coca-Cola Grant Khomo Week a squad of 50 players were identified to attend a high performance training camp in September. At the end of that week an elite group will be announced and they will be fully supported in the years ahead of the u-18 week. “The criteria will be that they should be players that show every sign of becoming future internationals, at the under-20 level initially,” Masimla explains.

And at the end of the Coca-Cola under-18 Craven Week an SA Schools squad of 28 will be announced, with the proviso that players from the under-18 Academy Week can also be included.

They will play international matches against under-18 teams from England, France  and Wales and, after that an elite squad will again be chosen, again on the basis that they are players who show signs of becoming internationals.

“That group become part of the squad from which next year’s under-20s will be chosen and, as we have seen, the next step from there is Super Rugby and the Springboks,” Masimla says.

That’s the pathway SARU have developed and it’s what has made SA Rugby consistently among the best in the world. The Coca-Cola Youth Weeks play a vital part in the system.