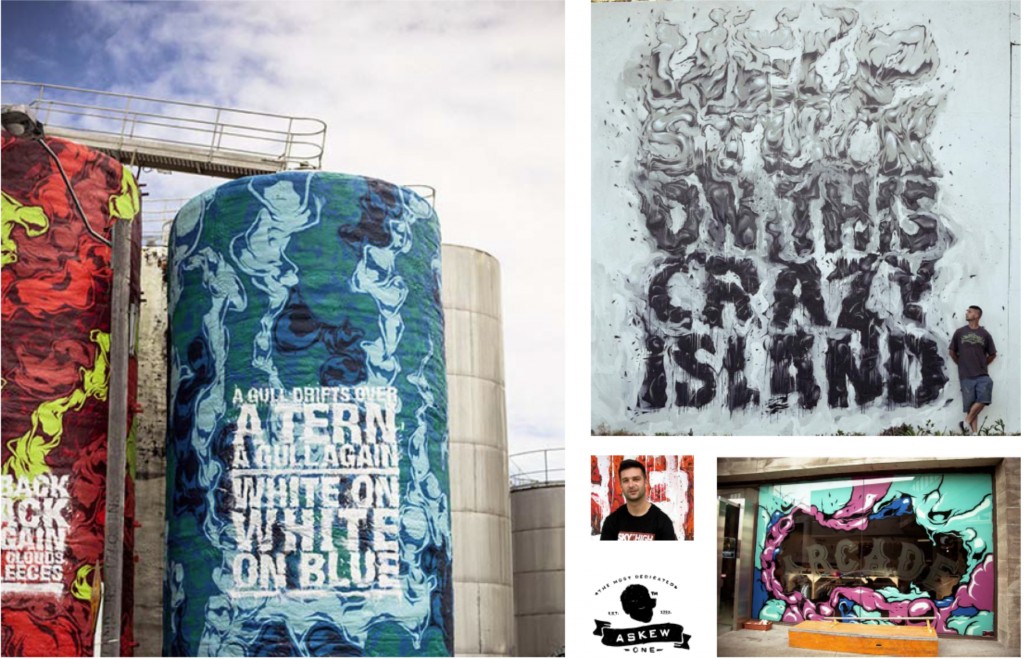 Highly renowned graffiti and street artist Askew One with some of his work.

They’ve got a new-look team and a new coaching staff, now the Blues are taking a fresh new approach to their team poster ahead of the 2013 Investec Super Rugby season.

The Blues are teaming up with highly renowned graffiti and street artist Askew One to literally paint the town blue, spray painting a bare brick wall by the South Western Motorway with the backdrop for the 2013 Blues poster.

Blues Marketing ManagerGrant McKenziesaid this unique idea was a great vehicle to bring to life some of the values of the team.

“We have the best and most diverse region of all the Super Rugby franchises inNew Zealandand this poster will represent that,” McKenzie said.

“Using an artist such as Askew One will showcase the talent in our region. It will also talk to the theme of young and dynamic, not in this instance through the Blues players themselves but through the use of popular culture.

“As always the true test of every poster will be that supporters want to put it up on their walls – whether it’s kids’ bedrooms, office walls or public places. It’s going to be a really striking visual image.”

Blues head coach Sir John Kirwan said he was thrilled with the concept.

“The Blues are going to be bold, unique and diverse this year and this poster will really echo those sentiments,” Kirwan said.

“One of the key values the team is going to live by this season is ‘better never stops’. That phrase will be incorporated into the poster so to see it spray painted across a huge wall for everyone to see will be quite spectacular.”

Askew One (www.askew1.com) has been in the media recently for his stunning work at the tank farm at Wynyard Quarter. Although described as a ‘graffiti artist’, he really is in the crossover category with a lot of his work now considered to be mainstream.

Askew One said he was really excited about this project, which he expects will take around three days to complete.

“It’s always great to work on a big scale project which a lot of people will see and the mantra is really positive,” Askew One said.

“I think it’s something that will strike a chord not just with Blues fans but also the general public about striving to be better. I’ve been given a lot of freedom and creative license to do what I want so I can’t wait to get started.”

Askew One will start at sundown on Thursday evening so he can project the detailed image onto the brick wall, and will work on it all day on Friday, Saturday and most of Sunday.

The finished piece will then be used as the backdrop to the 2013 Blues poster, with the 37-man squad superimposed onto the image.

The printed posters will distributed free in the New Zealand Herald on February 22, the day before the Blues’ first game of the season against the Hurricanes on February 23.

Please find attached a mood board to give you an idea of Askew One’s previous work and the wall where the poster will be spray painted. 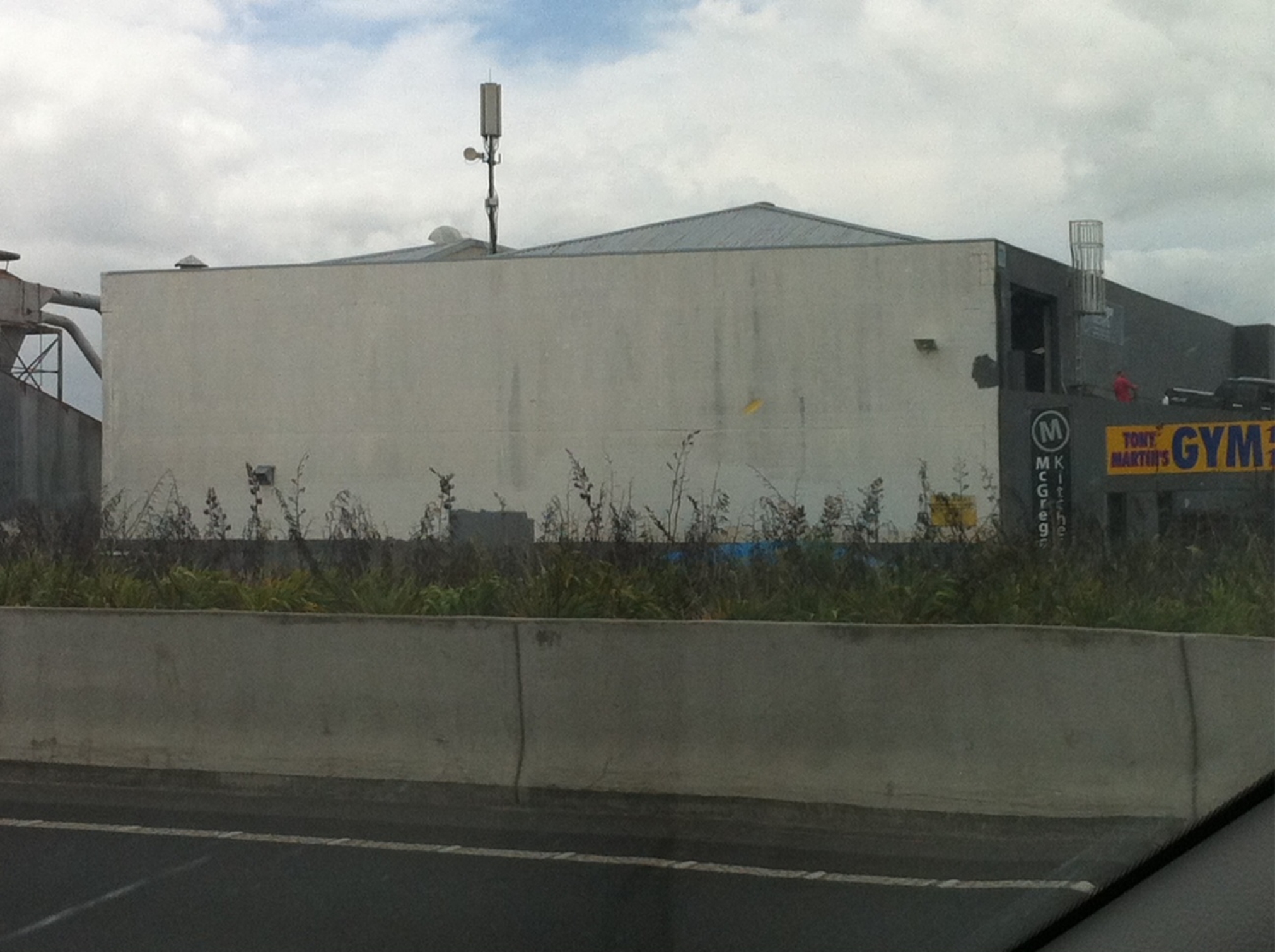 The brick wall on the South Western Motorway Askew One will be using as the backdrop for the 2013 Blues poster.

Where:8-10 Carr Road, by the rear of Tony Martins Gym

When: Thursday night through to Sunday