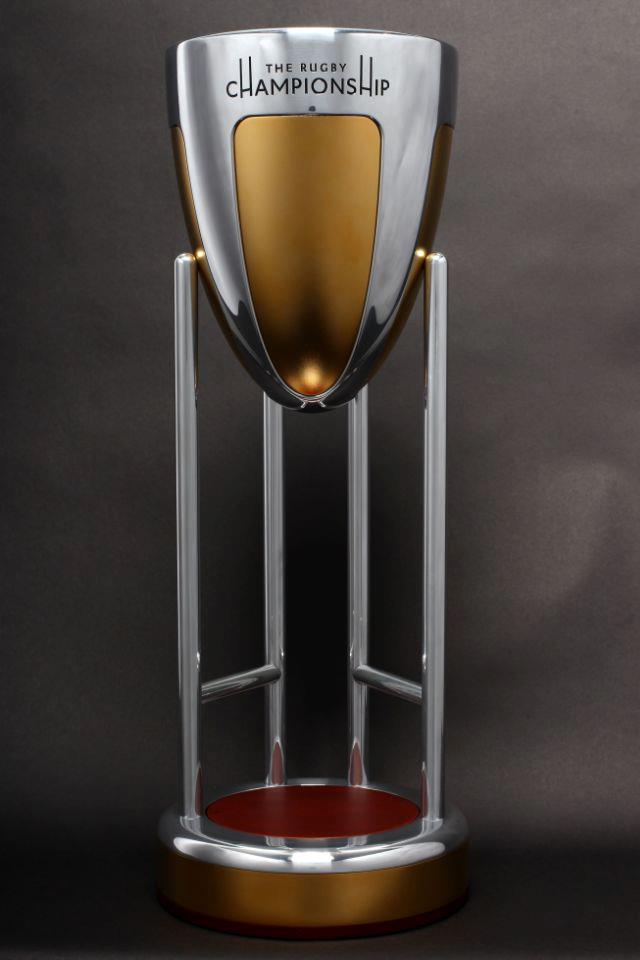 The Rugby Championship Trophy will be making its first appearance at DHL Newlands when the Springboks faces the Pumas from Argentina.

The new trophy – unveiled for the first time by SANZAR on Thursday – is being flown into Cape Town to celebrate the ground-breaking arrival of the Pumas into the former Tri-Nations competition.

The Castle Lager Rugby Championship trophy weighs 5kg, stands 56cm tall and is made of gold and stainless steel, which has been polished to give the trophy a mirror finish. The tournament logo has been incorporated into the trophy with the ‘H’s’ of the goal posts supporting the bowl. The gold panels on the bowl signify the status of the trophy and will carry the names of the winners of the championship.

“The new trophy embodies all the elements of The Rugby Championship,” said Greg Peters, SANZAR CEO. “A competition of the best versus the best in world rugby, with the four teams competing ranked one, two, three and eight in the world.

“Over the years the competition and trophy will develop its own heritage and legacy and we look forward to that evolving.”

Coach Santiago Phelan will on Tuesday name the first Pumas team to play in a major international competition – outside of a Rugby World Cup.

The Test will be the Pumas’ first appearance at DHL Newlands – the oldest Test ground in the world, following the rebuilding of the old Lansdowne Road into the Aviva Stadium.

Tickets (priced at R100, R250 and R450) are on sale via www.wprugby.ticketpros.co.za and at PostNet outlets. Tickets will be available from Tuesday from the DHL Newlands Box Office (09h00 – 16h00). All DHL Newlands 2012 season tickets are valid for this fixture.