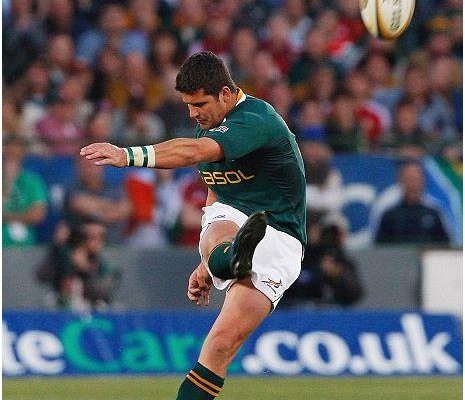 The Coca-Cola u13 Craven Week has produced 48 Springboks

The 41st Coca-Cola under-13 Craven Week will take place at Grey College in Bloemfontein from June 25 to 28.

The primary schools interprovincial week has been going for just eight years less than its illustrious counterpart – the under-18 Coca-Cola Craven Week.  It has played an important role in grooming players for the high school weeks and then on to become professionals.

In all, 48 Springboks played in the Coca-Cola under-13 Craven Week, including five who have donned the green and gold in recent years and are still in the running for further international honours.

The overall list is of Springboks coming out of this week is shorter than the one for the under-18 week and this is directly linked to many players only beginning their real physical development in their high school years.

There are, however, some famous Springboks of the past who played in the Coca-Cola Craven Week at both age group levels. They include: Uli Schmidt, Wahl Baartman, Kobus Wiese, Joel Stransky. Os du Randt and Victor Matfield.

“All Coca-Cola Youth Weeks, of which there are four, are aimed at identifying and nurturing talent within South Africa,” said Coca-Cola SA Marketing Asset Manager, Craig Van Niekerk.  “And the Under 13 age group is crucial as this is the age youngsters develop the passion for the game which will last a lifetime.”

Visitors to the Coca-Cola under-13 Craven Week are always surprised at the physical size of some of the players present, and at the quality of the rugby played.

They may be playing barefoot, but these boys are serious rugby players. They will be very well coached, but they will bring with them some of the exuberance of youth, which makes for a great rugby spectacle.

And there will be, without doubt, a number of players in Bloemfontein this year who will be playing in a Coca-Cola Craven week in five years’ time, and for South Africa a few years after that.

The duration of each game is shorter which allows for a four day programme.  All 18 teams play matches on Monday June 25 and Tuesday June 26. The Wednesday is a rest day, with the final games scheduled for Thursday June 28.

As is customary, the fixtures for day one only are arranged ahead of the week. The games for the second and third days are arranged on a strength versus strength basis.

The fixtures for the first day are: