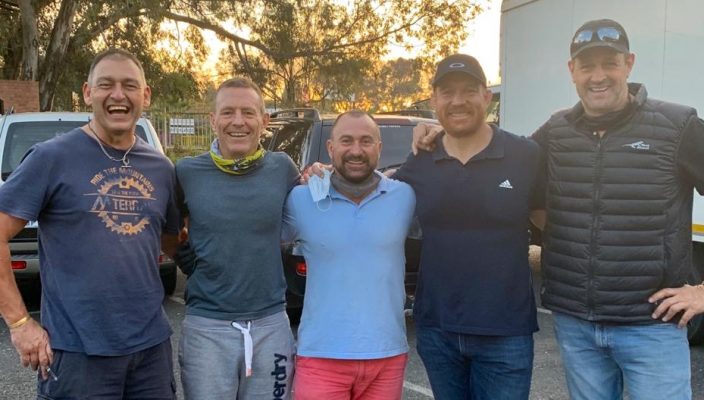 The One Cup of Pap Feed Scheme

May 14 • General News, National, South Africa, Springbok News, Springboks • 1206 Views • No Comments on The One Cup of Pap Feed Scheme

The One Cup of Pap Initiative is a feeding project aimed at donating food, clothes, toys and books to the less fortunate initially in the Fourways and surrounding suburbs. It was the brainchild of Wayne Boardman (former Sharks and Stormers Super Rugby lock) who at the start of lockdown decided together with his dad and domestic worker, to put some money together to feed at least one family in need.

After the first informal settlement drop, Wayne asked his friends, greater rugby and local community if they could assist to raise awareness and reach out to their networks to raise additional funds or offer donations to grow his initiative. The response was enormous and hence has mushroomed to quite a substantial operation almost overnight.

What started out as one cup of pap and a sachet of soup has now exploded to over 2 tons of pap per week.


The 8 Week Journey
The One Cup of Pap Initiative started with a budget of R250 and has grown exponentially every week to where it has fed over 6000 people since inception. Since the beginning of May, they are averaging R 80 000 a week drop ( feeding approximately 2000 hungry people). This includes 2 tons of pap, between 500 and 1000 loaves of bread, 1 ton of polony, soup and tinned food.


Who has Come On Board
Over and above the four Springboks (3 of which are RWC Winners) they have also been able to secure the help of South African Hockey player, Stuart Berry and Anthea Knowles. This team have been instrumental in putting this all together and growing this “Son & Pop” idea into a project to be proud of.

This is not excluding the other members of team; Barry Leach, Steve Green, Norman Wessels, Brian de Decker, Joshua Knowles and their incredible security detail including Mitch Graaf, and Basil Vacratsas from TRSG Security. They have had the complete buy-in from the South African Police Services, most notably the Sandton Police Station, who have been brilliant in their support each week.

The real legends in this campaign have included all the people and corporates who have kindly donated (product and or money) which has proven that humanity shines brightly in darker times.