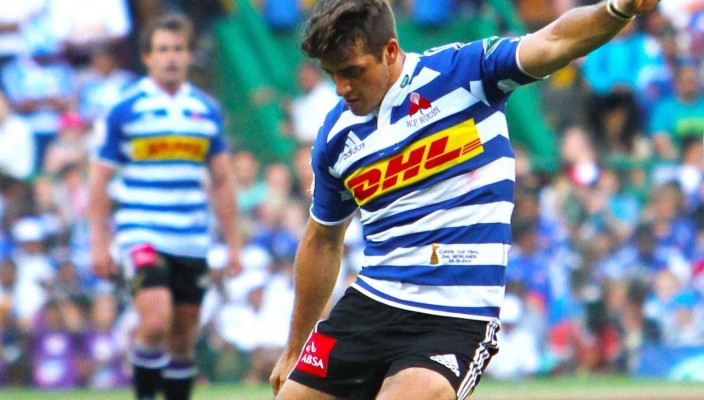 From a local perspective, the fourth round of action kicks off in Albany though when the Emirates Lions take on the Blues at QBE Stadium – the first South African team to travel Down Under.

Later on Saturday, the Toyota Cheetahs will be looking for their second ever win over the Vodacom Bulls when they host the Pretorians at the Free State Stadium in Bloemfontein.

The final match of the weekend is at DHL Newlands, where Cell C Sharks No 8 Ryan Kankowski will become the latest South African to reach 100 Vodacom Super Rugby caps, against the DHL Stormers.

“Kanki” made his debut for the Cell C Sharks in the first round in 2007, when they beat the Vodacom Bulls in Durban.

The 29-year-old flyer joins a long list of South African players and is the seventh loose forward to reach this milestone, following in the footsteps of AJ Venter, Jacques Botes, Pedrie Wannenburg, Pierre Spies, Keegan Daniel and most recently Duane Vermeulen to play 100 matches at this level.

Emirates Lions coach Johan Ackermann: “You have to assume that the Blues will lay the foundation for most of the possession and territory, so we’ll have to be on the lookout for opportunities to counter-attack.

“Obviously we’d like to keep employing our attacking game plan, but we also have to be realistic. Visiting teams seldom dominate the play in New Zealand. We expect a very attacking Blues team. But that could create opportunities for mistakes and if that happens, then we have to cash in.”

Naka Drotské, coach of the Toyota Cheetahs: “The Bulls have a quality side. They have a couple of Springboks in their team and they’ve been unlucky in one or two games at Loftus. We’ve always expected that they will bounce back and it will be tough.

“When you play against the Bulls you have to match their physicality if you want to beat them. It’s not going to be easy, but we have a lot of confidence coming off two wins and it is a South African derby so it will always be tough. The players are playing for places in the World Cup squad so we expect it to be a very tough game.”

Vodacom Bulls coach Frans Ludeke: “We finally found the momentum we were looking for in the opening rounds of the competition against the Sharks and managed four tries. We will need the confidence and rhythm picked up on the weekend against the Cheetahs. They are one of the early front runners and will be full of self-belief.”

Vodacom Bulls captain Pierre Spies: “We did front up last weekend and for the first time this season, managed to finish when we created try-scoring opportunities. Training was much easier this week as the belief came back. We had a good week and are again looking for a good result. It will not be easy. They won in Bloem last year, something we need to change.”

Average score: 22-33 to the Vodacom Bulls

Allister Coetzee, DHL Stormers coach: “For us, it’s all about improving on last week’s performance against the Lions, as we were unhappy with a lot of things that came out of the match.

“We’re expecting a ferocious onslaught from a powerful and experienced Sharks team, who were unlucky to lose away last weekend. We’re certainly not reading anything into that defeat to the Bulls, in fact, we know that will only make the Sharks more dangerous.”

Gary Gold, Cell C Sharks Director of Rugby: “We are in a fortunate position that we have experienced Springbok players that have either recovered from injury or have returned from Japan. We are excited to have them back and involved in our matchday squad. We also have commitments to SA Rugby to rest selected players.

“The Stormers are the in-form team in South Africa at present and we playing them in front of their passionate home crowd. We are under no illusions about how tough the challenge is going to be. This probably is going to be a tougher battle than last week. Our squad has had a good training week and are determined to get our campaign back on a winning track.”

Average score: 21-20 to the DHL Stormers