The Rugby Championship Round One Preview: Australia vs New Zealand 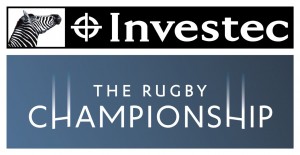 One of the most celebrated rivalries in rugby re-commences when the Wallabies host their great nemesis, the World Champion All Blacks.

While for New Zealanders there may be the ‘little brother/sister’ aspect to Australia when it comes to sport, in rugby it is the reverse, with the All Blacks the one team that the Wallabies relish facing, always eager to test themselves against a team that they regard as “the benchmark.”

Such are the stakes of the rivalry the Wallabies have said that winning the Bledisloe Cup – now held by the All Blacks since 2003 – is the number one priority for the team.

The Wallabies will host the All Blacks in Sydney this weekend for the 51st time, the scene of their first ever match against Australia, with the visitors winning 22-3 in their maiden encounter.

While Sydney, like many destinations, holds little fear for the All Blacks thanks to 29 test wins in 50 appearances, Australian supporters would prefer to have shorter memories, looking back from 1979.

Not only did that year and the next become the first time the Wallabies had defended the Bledisloe Cup, but it came from three straight victories in Sydney, although the All Blacks have won three of their last four matches at ANZ Stadium – the fourth venue in the city the teams have clashed at.

The Wallabies come into this match under some pressure, even though they accounted for the Welsh 3-0 and took out the series, a significant result against a team crowned the Northern Hemisphere’s best, the players have also had a longer break from playing Super Rugby.

The All Blacks will see the Australians having an advantage with longer preparation time, but with part of the New Zealanders World Cup success coming at the hands of an impressive 20-6 semi-final win over the Wallabies, recent form could indicate that any advantages may well lie with this weekend’s visitors.

The World Champions 3-0 series win over Ireland was capped off with a devastating 60-0 victory in the third test, and so far Steve Hansen has had a great start in his new Head Coach role.

Blending World Cup winners and players who are regarded as some of the finest in New Zealand history, with an audacious and rising breed of All Blacks challengers, one may expect the successful team to make a credible challenge for The Rugby Championship title.

But expectation and favouritism can be a heavy tag for the All Blacks.

The Wallabies know they will have a massive advantage not only for the tournament, but for the Bledisloe, if they can ambush the world’s number one team in Sydney like they did in Brisbane last year, and in Hong Kong before that.

Up front we can look no further than the celebrated clash between David Pocock and Richie McCaw, the former will captain his team against New Zealand (some consider this to be the ultimate yardstick for a test skipper) for the first time, while the latter is now the most capped All Black and World Cup winning captain.

Eyes will be on Sonny Bill Williams, playing in what could be his penultimate All Blacks match, while another midfield intimidator, Ma’a Nonu, will shift out to centre in a blockbusting midfield, the visitors will again rely on Dan Carter, New Zealand’s vice-captain and arguably the Wallabies biggest tormentor in recent years.

The All Blacks will come up against a likeminded number ten in Berrick Barnes, who offers a calm style of game that could give the Wallabies an edge, while looking for the tree-chopping tackles of Anthony Faingaa, something that will be critical against a near 220kg New Zealand centre combination.

HEAD TO HEAD:
Please note these stats do not include the 24 matches played between 1920 and 1928 when NSW represented Australia and played the All Blacks.