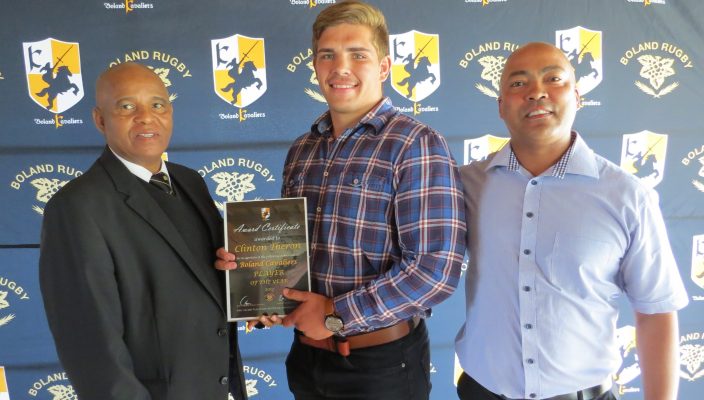 CLINTON THERON was named Boland Cavaliers Player of the Year for 2017 at Boland Rugby’s annual awards ceremony held in Wellington on Thursday 19 October 2017.

Theron who played tight head prop for the Cavaliers during this year’s Supersport Rugby Challenge and Currie Cup First Division competitions, received this award based on his consistent good performances and strong work ethic during the season, as well as the fact that he played more minutes of rugby than any other player in the Cavaliers squad, “a feat that is almost unheard of when it comes to front rowers nowadays,” according to Cavaliers head coach Randall Modiba. 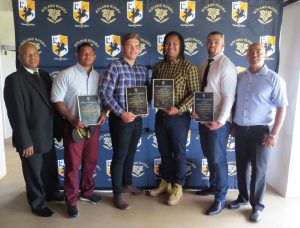 Ludio Williams received the Players’ Player of the Year award for 2017, as voted for by his team mates. This award, often regarded as the ultimate compliment in sport, was well received as Williams was still a club player in 2016. Williams impressed immensely during his first full season with Boland Rugby’s professional team and as the season progressed, the physical flank-forward eventually became a regular starter for the Cavaliers.

Player of the Year: Clinton Theron