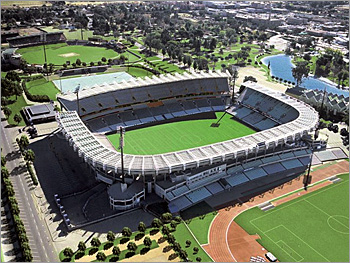 Tickets selling fast for Bloem test, but be aware of swindlers!

The Free State Cheetahs are delighted that sport venues can accept capacity attendance again, especially since the Toyota Stadium will be hosting the second test on 9 July between the Springboks and Wales, says Ross van Reenen, CEO of Free State Cheetahs (Pty) Ltd.

He says although tickets have been selling fast and furious since the lifting of the restrictions, a significant number of tickets is still available. “Nothing will give us more satisfaction than to see a capacity crowd in the Toyota Stadium. After two lean years caused by the turmoil and restrictions created by the Covid 19 pandemic, we need the revenue,” he says.

“Just imagine the atmosphere and the thrill of 46 000 spectators spurring on their respective teams in a test which can either level or put the seal on the series. It is going to be a thriller!”

It has been more than four years since the Toyota Stadium hosted the test on 16 June 2018 between the Springboks and England. The Springboks and Wales last met on 6 November 2021 in the Millennium Stadium in Cardiff, a test which the Boks won by 23-18.

Tickets, the price of which varies from R150 to R750, can be purchased at the Toyota Stadium’s ticket office (the entrance from Kingsway) and at Gates 6 and 8 on Mondays to Fridays from 08:00 to 18:00 and on Saturday (2 July) from 08:00 to12:00 inside the Stadium. They can also be bought online at any SPAR shop or online at www.ticketpro.co.za.

SA Rugby has in the meantime cautioned supporters against fraudulent websites such as Viagogo which have been unlawfully selling tickets at exorbitant prices. “Not only is this fraudulent activity hampering the economic status of the SA rugby fraternity which is still trying to recover from the recent impact of the COVID-19 pandemic, but there is further concern for the swindling of unsuspecting lovers of the game of rugby,” SA Rugby cautioned.

The Free State Cheetahs furthermore point out that a PDF print-out of the electronic version of match tickets will be required at the gates. If bought online, spectators must download their tickets or purchase and collect them from retail outlets before match day as ticket collections cannot be done on match day.

The Toyota Stadium offers plenty of stalls providing cool drinks, water and refreshments. Spectators can also enjoy a drink at the Castle Deck or Castle entertainment area, where braai facilities are available.