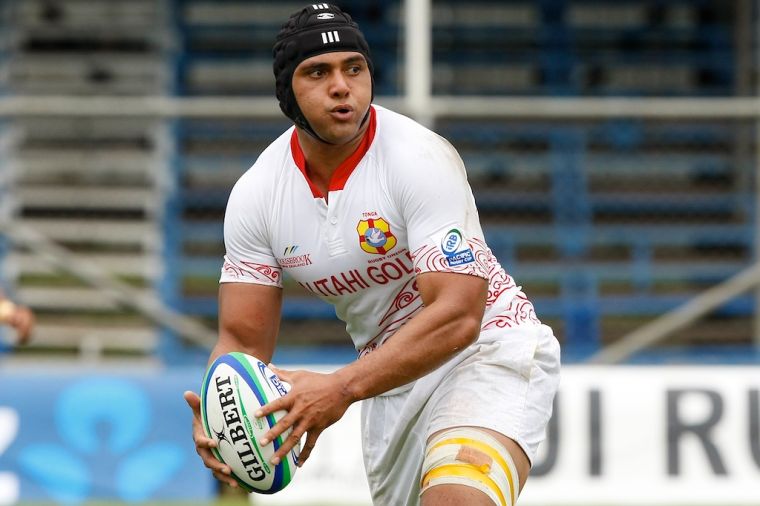 Gloucester Rugby can today confirm that the Tongan international back row forward Sione Kalamafoni will join the club from Nottingham next season.

The signing of the 23 year old will further boost Head Coach Bryan Redpath’s back row options for the 2011-12 season.

Kalamafoni has spent the past two seasons with Championship side Nottingham where he has had a big impact.

He started three of his country’s four matches in Rugby World Cup 2011 as blindside flanker and appeared as a replacement in the fourth.

He particularly caught the eye in the memorable 19-14 victory over France when he was named Man of the Match.

“I’m delighted that Sione has agreed to join us as he’s proved himself to be one of the stand out players in the Championship and there was a lot of interest in him.

“He’s a big athletic back rower who is comfortable running with ball in hand but also a physical presence in defence.

“He’s proven himself to be a capable performer at international level and we think he’s got what it takes to make a real impression in the Aviva Premiership.”

Meanwhile, Kalamafoni vowed to bring to Gloucester everything that has made him a cult figure among fans of the Green and Whites and feared across the Championship.

“I want to go and do the things I’ve learned here and hopefully make a big impact with them (Gloucester) and make them happy to have me.”

He admitted to conflicting emotions when making the decision to move to the top tier of British rugby.

“It was hard and very easy at the same time,” Kalamafoni said.

“I’m sad to leave the first professional club that I joined, and Nottingham has been very good helping me on and off the pitch. And then it is very easy wanting to go to a Premiership club like Gloucester.”

While excited about his end of season move, Kalamafoni insists his focus is now devoted to Nottingham’s play-off campaign and most immediate task of beating Doncaster at Meadow Lane on Sunday.

“I want to show the club that I appreciate everything that has been done for me, and that means bringing my A-game every time I play for Nottingham.”