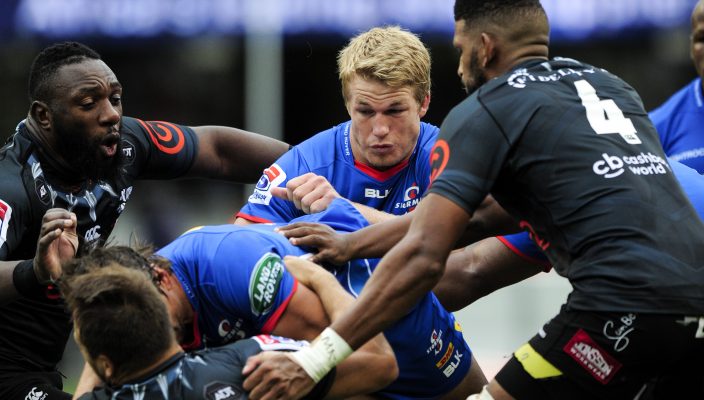 It’s one of the most anticipated Vodacom Super Rugby derbies this season, and DHL Stormers flank Pieter-Steph du Toit may have already given his team the psychological edge over the Vodacom Bulls before their clash at Newlands on Saturday.

Du Toit clearly has a heart as big as his two-metre and 120-kilogram frame, as the South African Rugby Player of the Year is the leading South African tackler in this year’s Vodacom Super Rugby tournament with 97 tackles thus far.

That means he has individually contributed the most to the #TacklingCancer campaign in aid of CHOC (the Childhood Cancer Foundation) this season.

For every tackle made by a South African player in the 2019 Vodacom Super Rugby season, Vodacom and SuperSport are jointly donating R100 to CHOC.

After 10 rounds of this year’s competition, South African players have raised R411 800 for CHOC. The aim is to raise R1 million throughout the season.

But if there was ever a need for more of an edge to this weekend’s derby, then it is the fact that the Vodacom Bulls lead the team statistics when it comes to their percentage of tackles made this season.

The Pretoria outfit are the entire competition’s top tacklers with a completion rate of 87.3%, while the Stormers are sitting in seventh position on 85.6%.

Rugby fans can also contribute by adding R5 for CHOC to every Vodacom Super Rugby match ticket they purchase, buying CHOC merchandise at the CHOC Shops that will be at every stadium for the South African Derbies, or going to www.choc.org and making a donation.