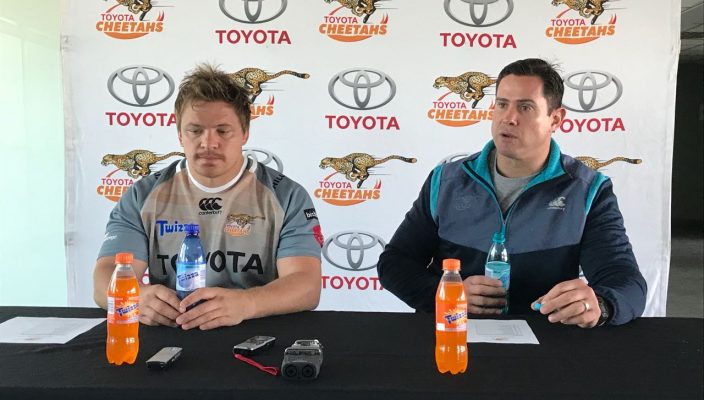 The Toyota Free State Cheetahs have named a strong side for Saturday afternoon’s Currie Cup match against the Xerox Golden Lions at Emirates Airline Park in Johannesburg.

Note that the Guinness Pro14 is currently on a two-week European break to resume again on the 28 October 2017.

Free State Rugby’s vision and objective is to keep the Currie Cup in the Free State, and therefore, each and every match from now on will be seen and played as a potential final.

Even though some players have played a substantial amount of rugby through Super Rugby, Currie Cup and now Guinness Pro14 the defence of the Currie Cup remains paramount.  As expected there might be a few niggles at this stage in the competition and these players will be assessed and given an opportunity to recover.

It is all systems go for the current Currie Cup Champions in defending the title.

“This is an extremely important game for the Toyota Free State Cheetahs.  We will be pushing as hard as we can to get results,” said Coach Rory Duncan.

“We aim to perform on the standard that we played on in Guinness PRO14,” said Captain Torsten van Jaarsveld.

The referee for the match is Rasta Rasivhenge.  He will be assisted by AJ Jacobs and Stephan Geldenhuys.  The TMO is Johan Greeff.