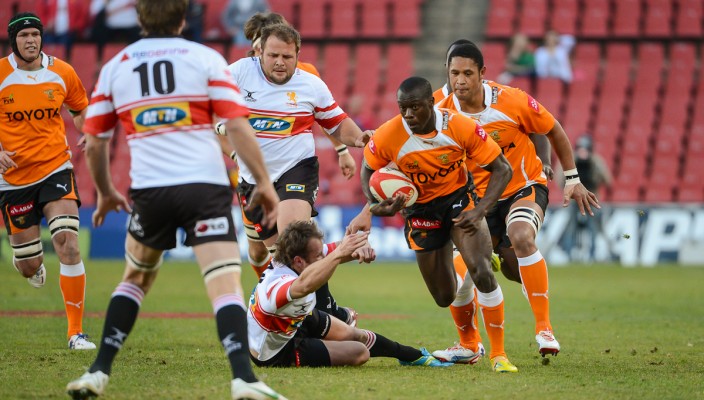 Toyota Vrystaat XV vs Boland at CUT field in Bloemfontein on Saturday the 16 March 2013 at 14:15

Boys and girls in the under 9 age group from 10 different Primary Schools will be taking part in the Tag Rugby Clinic on Saturday from 11:30 to 13:00 at the CUT field. These children will be transported to the venue.

The participating schools are:

All the selected schools are actively playing Tag Rugby® on an on-going basis and report to the Tag Rugby® Association and the Rugby Union’s Development Officer as to what they are doing with the equipment within your school. The top three schools will then get invited to the Vodacom Cup Final where they will receive a key that could open the door of this year’s Tjovitjo bus.

By accepting this invitation to be a part of the Vodacom Cup Tag Rugby®  U9 programme schools are also committing to take part in all SARU Tag Rugby U9 programme for 2013 which will mean that the school will have to enter and take part in a district Tag Rugby® Festival and then possibly a regional Tag Rugby® Festival. The regional Tag Rugby® U9 winners will then progress to the National SARU Tag Rugby® U9 Festival to be held in Port Elizabeth for the 2nd time at the end of 2013 during the IRB Sevens event to be held on the 7th and 8th December 2013.

The course will be presented by the Tag Rugby Association under the guidance of Stuart McConnell and Babalo Ntibeli.    Stuart can be contacted at 082 440 1921 for more information.