"True Blue" at flyhalf for the Toyota Cheetahs 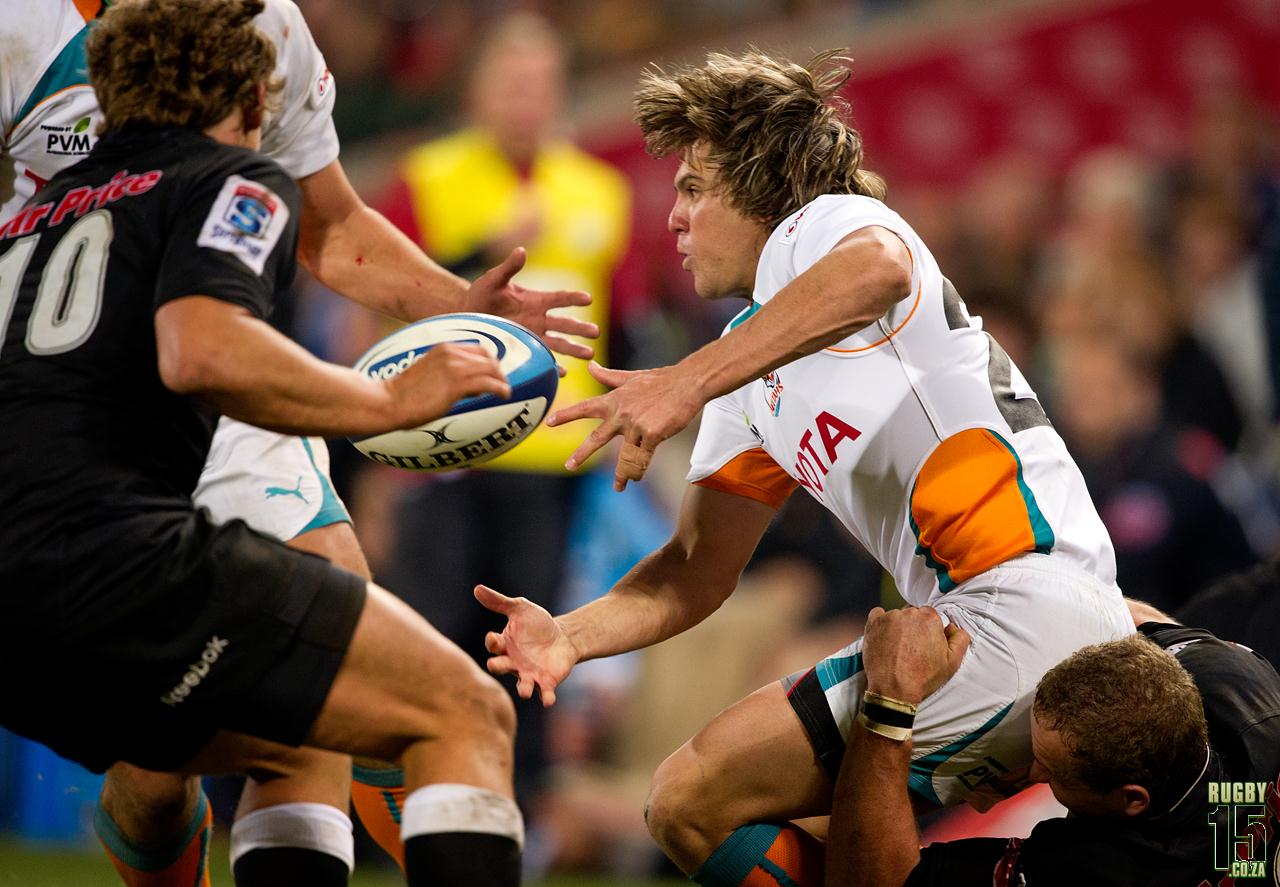 Riaan Smit during Super Rugby Match between the Toyota Cheetahs vs The Sharks on 4 June 2011 at the Free State Stadium in Bloemfontein. Photo by Denese Lups /Rugby15

Morgan Piek – Saturday evening the Toyota Cheetahs take on bitter foe, The Sharks in Bloemfontein. This will be the first of their two games in Super Rugby 2012. The Cheetahs side remains largely unchanged to the one that took on the DHL Stormers in Cape Town last Saturday.

The most notable charge is at flyhalf. The battling Sias Ebersohn moves to the bench and is replaced in the starting line-up by Riaan “True Blue” Smit. Smit in no stranger to Super Rugby, however very few people know he is actually predominately a fullback that can slot into the flyhalf role with a lot of comfort. Although True Blue spent the entire 2011 season playing wing he wore the number 10 jumper for the Free State Vodacom Cup team this year.

Ebersohn is really battling with confidence after his dreadful miss against the Highlanders a few weeks earlier. One can’t blame Naka Drotske and his coaching staff for making the call to drop Ebersohn; however, it is definitely the right call.

We saw the Melbourne Rebels cause the biggest upset in Super Rugby history by convincingly beating the more fancied ten-time finalists the Crusaders last week. This was largely due to narrowly losing to the Vodacom Bulls a week earlier and going into a game believing in themselves. The Cheetahs should be on the same page after coming so close to beating the highly impressive DHL Stormers at Newlands. We can see the Cheetahs have self-belief and one has to look no further than the fight between the Stormers and the Cheetahs in the 55th minutes of last weekend’s game.

In response to being asked who would have won the fight between the two, the Cheetahs captain Adriaan Strauss jokingly said – “We were well on our way to winning it.” This response bares testament to the Cheetahs “brotherly values”. A team believing in itself and one another is by far more dangerous than a side full of superstars.

The Sharks are no easy side, the records books prove that. One has to keep in mind the Sharks convincingly thrashed the Western Force last weekend in Durban. However, there is a shadow of a doubt in the Sharks camp about Patrick Lambies’ fitness level and whether or not he will play. Should he not play it will definitely benefit the men from Bloemfontein to a large extent.

The Toyota Cheetahs can pull a rabbit out of a hat, with or without Johan Goosen and he law 0f averages suggest the Cheetahs are due for a victory over the Durbanites sooner rather than later.

The Toyota Cheetahs team is as follows: