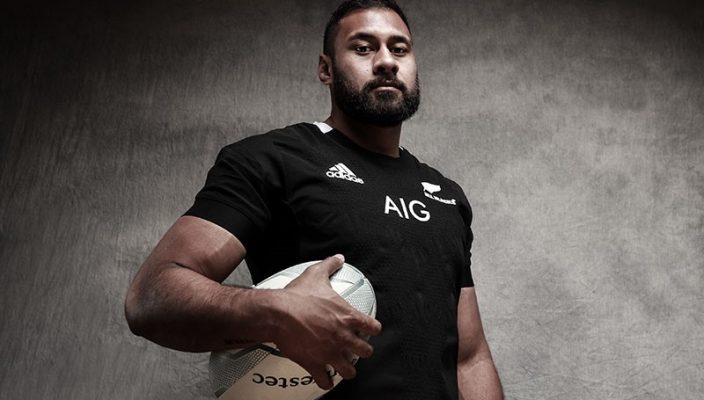 Tuipulotu signs major deal through to 2023

New Zealand Rugby and the Blues have secured the key signature of All Blacks lock and Blues captain Patrick Tuipulotu, who has re-signed through until the 2023 Rugby World Cup.

The news comes hot on the heels of the successful opening weekend of Investec Super Rugby Aotearoa, which saw Tuipulotu’s Blues beat the Hurricanes 30-20 at a sold-out Eden Park yesterday and the Highlanders pip the Chiefs 28-27 in Dunedin.

27-year-old Tuipulotu has played 30 Tests for the All Blacks and 74 matches for the Blues since making his Test and Super debuts in 2014 and has developed into a formidable, world-class player since then. He made the All Blacks Rugby World Cup squad in 2019 playing five Tests at the tournament.
“I am pleased to continue to play for New Zealand Rugby and the Blues until 2023 and excited about the future,” said Tuipulotu.

“During the lockdown I realised more than ever how much I love this game and love playing for the Blues. We are beginning to develop into a really good side and it is an honour to lead them.

“I am still young and learning all the time, and I want to establish myself as an international player.”

All Blacks Head Coach Ian Foster said: “This is fantastic news for New Zealand Rugby and the Blues.

“Patrick has grown considerably over the last few years, both on the field as a player and off field with his captaincy and leadership.

“The fact that he has re-signed through to the 2023 Rugby World Cup is a sign of not only NZ Rugby’s commitment to him, but also Patty’s desire to achieve his own goals in New Zealand over the next few years.

“We congratulate him on making that commitment.”

Blues CEO Andrew Hore said: “The Blues are delighted we will have Patrick at the forefront of our team for the next three years.

“He is not just developing into an outstanding player but his leadership skills also continue to grow on and off the field. Paddy is a big man who has worked hard on getting his body in shape and he is developing into a superb athlete and is a fantastic human.”


Patrick Tuipulotu – mini bio
A large, physical player, Patrick Tuipulotu made his provincial debut for Auckland in 2012. The quietly spoken Tuipulotu was selected for the Blues for the 2014 Super season and he has now amassed 74 caps for his beloved Super side. an impressive campaign saw him make the All Blacks squad for that season’s Steinlager Series against England. He went onto play seven Tests that year, including two Tests in the Investec Rugby Championship and three Tests on the Northern Tour. Double hip surgery in 2015 meant he missed all international rugby that year, including the Rugby World Cup, while his 2016 Super Rugby season was also disrupted by a hand injury. He returned to the All Blacks side later that year playing five Tests and made a welcome return in 2017 for the back half of the Investec Rugby Championship and the Vista Northern Tour. He captained the Auckland provincial side in 2017 and 2018 and is current captain of the Blues. Tuipulotu was impressive in 2019, with a powerful performance in the All Blacks’ 36-0 victory over Australia highlighting his physicality and high work rate. He went onto play nine Tests last year, including five Tests at RWC2019.