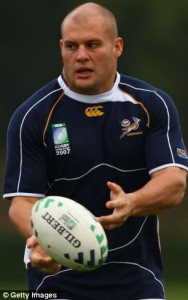 World Cup-winning prop CJ van der Linde and uncapped Sharks lock Gerhard Mostert were added as cover to the Springbok squad preparing in Johannesburg for the away leg of the Castle Tri-Nations Series. A decision on their participation will be taken later in the week.

Van der Linde was called in for further medical assessments on a groin injury that had seen the 69-Test veteran overlooked for inclusion in the Springboks’ Preliminary Rugby World Cup squad. Mostert has been added as cover for Johann Muller who has been troubled by a hamstring injury.

“We’ve been hard hit by injury in several positions and although we’ve not made any decisions we’re preparing for all eventualities,” said Springbok coach Peter de Villiers.

“CJ has had medical opinion that says he does not require an operation on his groin injury and we will assess him in training over the next couple of days. We have a number of injuries at prop and have very little experienced cover but we won’t compromise on his wellbeing if he is not right in our opinion. 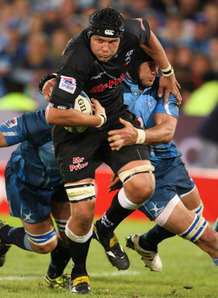 “Johann is struggling with the hamstring he injured in Cape Town. We’ll continue to monitor him before making a decision on whether he can travel later this week. Gerhard Mostert is a player I have long admired and he was in the selectors’ thinking before this group was named.”

Mostert was included in Peter de Villiers’ first Springbok training group in 2008 as a relatively unknown 22-year-old but has been hampered by intermittent injuries over the intervening seasons. He has forced his way into contention in 2011 with some strong performances for the Sharks in the second half of the Vodacom Super Rugby competition.