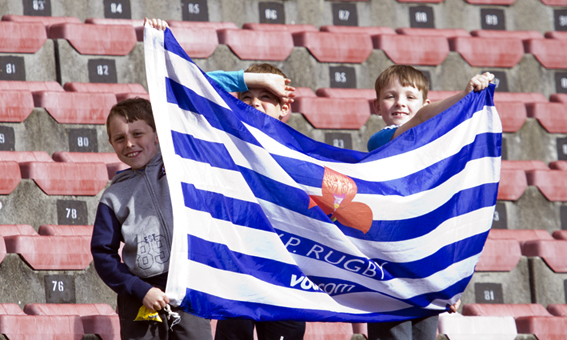 Jul 18 • General News, National • 2822 Views • No Comments on Two changes to DHL Western Province Under-19 side for clash against the Leopards U19 side

DHL Western Province Under-19 coach Nazeem Adams has made two changes for Saturday’s clash against the Leopards U19 side at Athlone’s City Park (14h00).

Tiaan Mouton will start on the right-wing and Steven Meiring lines up in the No.6 jersey, as the DHL WP Under-19s, the reigning Provincial U19 champions, look to register their first win of 2013.

Last week Adams’s team played to a 16-16 draw with the Free State Cheetahs juniors in Bloemfontein and they will be hoping for more when they host the traditionally physical Leopards Under-19s at City Park.

Lock Jan Uys will skipper the WP U19s once again, with centres Faffa Botha and Michael Haznar getting another chance to gel in the midfield.

Coach Adams told www.wprugby.com: “In terms of the team changes made this week, Tiaan is a big guy and he did well for us last week when he came on. At loose forward I thought we lacked a bit of pace last week, so hopefully Steven’s inclusion can up the tempo for us from the start.

“The guys would’ve learnt a lot from last week. Like I said before the Free State match, it’s tough to hit the ground running in the Under-19 league, but I think they understand the need to concentrate fully and to take opportunities when they present themselves in a game.”

Speaking about the challenge of facing the Leopards, Adams added: “The Leopards are strong at age-group level – last week’s loss to the Blue Bulls means nothing for us, we won’t under-estimate them.

“We have a run of four straight home games, starting with this week at City Park, and we want to build momentum over the next few weeks and make up for the draw last Saturday.”

Saturday’s match kicks-off at 14h00 at City Park and will serve as the curtain-raiser to the WP Under-21 v Leopards U21 game at 16h00.

The DHL Western Province Under-19 team to take on the Leopards is as follows: