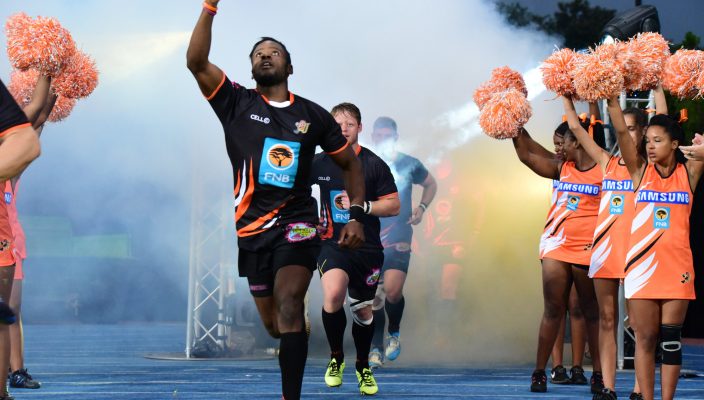 UJ aim to make an impact at Varsity Sevens

Coming off strong performances in the Varsity Cup and Young Guns competitions, the University of Johannesburg are eager to make an impact when the Varsity Sevens rugby tournament takes place in Cape Town this weekend.

Earlier this year, the UJ teams reached the Varsity Cup semi-finals and the Young Guns final, leading to a rise in confidence as they look ahead towards a weekend in rugby’s fast lane.

Last year Kovsies edged two-time champions Maties in the final and they will be back to defend their title at the Villager Rugby Club from April 30 to May 2.

UJ wrapped up their preparations on Wednesday and coach Itumeleng Mogotsi said it was now a case of fine-tuning their mental approach.

“We are busy with the team-building side of things because, in tournaments like these, playing four or five games a day, your spirit can sustain you in the long run.”

While appreciating the vagaries of sevens rugby, Mogotsi said the squad were fired up to give a good account of themselves.

“We have a view that if a cup is available for a UJ team to win, we put everything into it.

“We are building momentum from the Varsity Cup and a lot of those guys are in this team, so that says how serious we are about the tournament.”

Mogotsi said they knew it was important to build momentum from the start and were careful not to get too far ahead of themselves.

“We are going to take it day by day and our first match is always important. We want to start well and try to maintain that momentum.

“Although we have had a good year, this would be an extra feather in our cap.”

After last year’s shock loss to Walter Sisulu University, the UJ coach is not making the mistake of taking anyone lightly.

He acknowledged that Kovsies and Maties were two of the big guns and added Pukke to that company.

“We always have a big rivalry with Pukke, but in sevens rugby everyone is on a par.

“It’s all about skill levels and who wants it more on the day, so every university is a threat and will have a chance.”