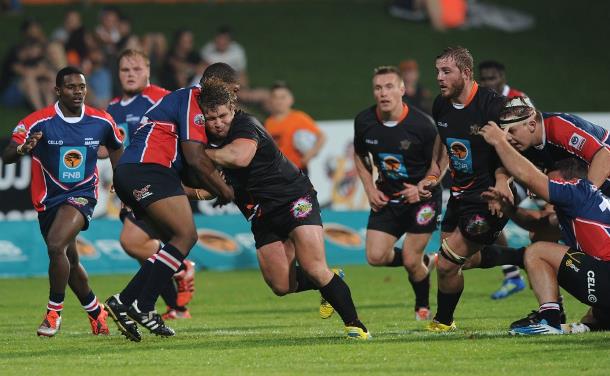 Having lost a number of senior players, the University of Johannesburg will make a fresh start when the popular FNB Varsity Cup competition kicks off on Monday.

Under the guidance of head coach Werner Janse van Rensburg and captain Jannes Snyman, UJ will have a tough opener in Johannesburg against defending champions North-West University.

While they have a number of new faces in their squad, Janse van Rensburg said they were motivated to be the best they could be “in the challenging circumstances that the Varsity Cup brings”.

“We are at the start of a new cycle, having lost quite a few senior players who have been involved over the last four years due to them completing their degrees,” he said.

“We have two new senior additions to our team in centre Sipho Phiri and flyhalf Ewan Adams, along with some young players who will form the greater part of our squad, which will help them gain experience for future Varsity Cup competitions.

“The squad is completed by a few stalwarts who have been with us for the last few years.”

The UJ mentor said their challenge would be to maintain a strong sense of self-belief.

“We know we have to handle whatever comes our way in terms of the opposition and the attention on you during this competition.

“The test for our players will be to keep believing in what we are doing and knowing that it is good enough to get results.”

Janse van Rensburg said the squad, who began preparations for the competition last year, were full of excitement as the opening game approached.

“There are also some nerves but the guys are looking forward to what this experience will bring. We can’t wait to get going as it is a fantastic competition to play in.”

After initial strength and conditioning phases in October, the squad continued their preparations from late November to mid-December before a break until January 3.

“We have had some good contributions in friendly matches against University of Pretoria and Wits,” said Janse van Rensburg.

“We achieved our goal of spending as much time together as we could with our new-look side.”

He said it would be essential for UJ to do the basics well and to handle the different conditions they would face.

“Every team to have made the semifinals have had a good level of consistency and it will be crucial to play well over consecutive Mondays.”