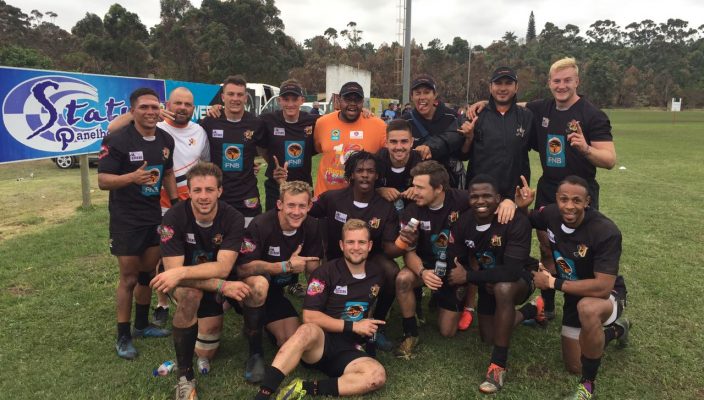 The University of Johannesburg will take a positive attitude into the Varsity Sevens rugby tournament as they strive to make an impact in Durban next month.

Although the planning has not been that easy due to year-end academic commitments, UJ coach Patrick Ross-Allen said their preparations were on track for the event from December 1 to 3

UJ will join nine other varsities from around the country for the tournament, which Ross-Allen described as one of the toughest sevens competitions in the world.

While acknowledging the difficulty of their build-up, the UJ coach said they were all looking forward to the challenge ahead.

“The preparations have gone well and the guys have a very positive attitude towards the tournament,” said Ross-Allen.

“We had a training session against the North-West University and that was a very worthwhile exercise.”

Even though they are missing some players through injuries, he was confident the squad they had assembled would step up to the plate in Durban.

“I definitely think we will be competitive. The talent we have is amazing and we have created a vibe and an environment that are good for the group.

“Everyone is working towards the same goal. For example, we had one or two training sessions which several players could not attend, but they made sure they worked harder when they came back to training.

“That is why I’m really thankful as coach to have such a good group of players working together to make this dream possible.”

Although not having won the event, UJ have ended in the top half of the table in recent years and Ross-Allen said they would have the overall title in their sights.

However, given the nature of rugby’s life in the fast lane, he said they would not be looking any further than their next match during the event.

“We know we just have to take it game by game,” he said. “If we can focus on the small things, the big things will take care of themselves.

“Obviously our main aim is to win the tournament but there are nine other top universities in South Africa who all have the same thought, so it’s best not to look too far ahead.”

Ross-Allen said maintaining continuity from one year to the next was often essential for sporting success and he was happy they had managed to achieve that.

“Having the same core of players helps with experience and leadership. We have been lucky that we managed to keep most of the same guys from last year and have good support from the club.”

He added that the interest in sevens rugby at varsity level remained high, which made his job much easier.

“That is a big help so we, as coaches and management, don’t have to go look for players to be part of this.

“Sevens is a growing sport and there is a huge hunger, in Johannesburg specially, for more sevens tournaments that could help us in our preparations.

“For example, teams in the Western Cape play a five-week long tournament, which gives you about six games.”

Ross-Allen acknowledged it was difficult to pinpoint any outright title contenders, but said champions Stellenbosch University, NWU-Pukke and Pretoria University would always be among the favourites.

He didn’t rule out his own team, either, saying they were familiar with the conditions in Durban.

“This will be the second time this year that we will be playing in Durban so luckily it won’t be that big of a shock to the system for the players.

“As management, we will just look after the players and make sure that the water intake and rest time are used to their best advantage.”