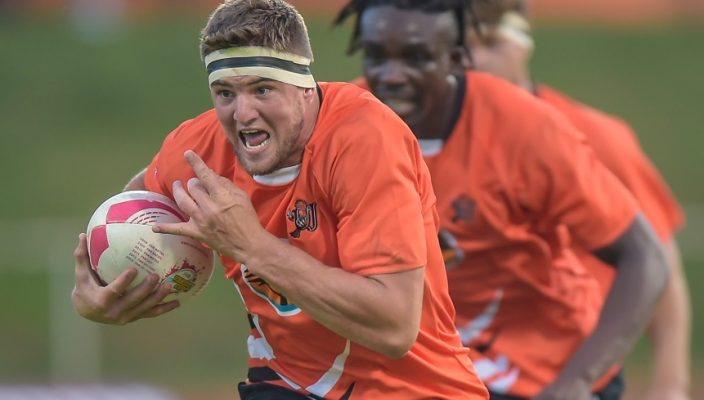 UJ want to end Varsity Cup on a high

The University of Johannesburg rugby team have set themselves the goal of ending on a high when they play their final Varsity Cup rugby match against Free State University in Johannesburg on Monday.

This is the message from captain Adriaan Bester, more commonly known as Driaan, who wants the team to take something positive into the rest of the season and next year’s competition by ending 2019 strongly.

The UJ outfit have won just one game out of seven fixtures, defeating Wits in their Johannesburg derby. They are second from the bottom of the log, only one point ahead of Cup rookies the University of the Western Cape.

Despite that record, Bester said their spirits remained high and they were ready to tackle Shimlas at the UJ Stadium.

“We are definitely up for the challenge we face on Monday,” he said. “If we are clinical and execute our game plan the way we would like to we have a good chance of getting a positive result.

“We know that Shimlas will test us if we give them the freedom to play in open space, so we have to be very clinical on attack and defence.”

The loose forward added that the squad had revealed admirable fighting qualities throughout the season.

“This year showed that it doesn’t matter what you put us through, we kept on trying in every match and the team never grew apart. In fact, we grew closer.”

He acknowledged, however, that it had been a tough period for UJ rugby.

“The season has been really difficult for me and the team and it showed that small margins make a big difference in the game of rugby,” said Bester.

“We had too many of those small-margin moments where we did not execute our plans properly and this led to periods of play which counted against us in the end.

“For example, those occasions cost us a lot of soft tries against the run of play and we were often not able to recover from that.”

Despite their low position on the log, he paid tribute to the UJ fans for the support they showed throughout the season.

“To our supporters I want to say a very big thank you for your encouragement at our home games. We definitely take a lot out of that energy and gees (spirit) when we play at home.”