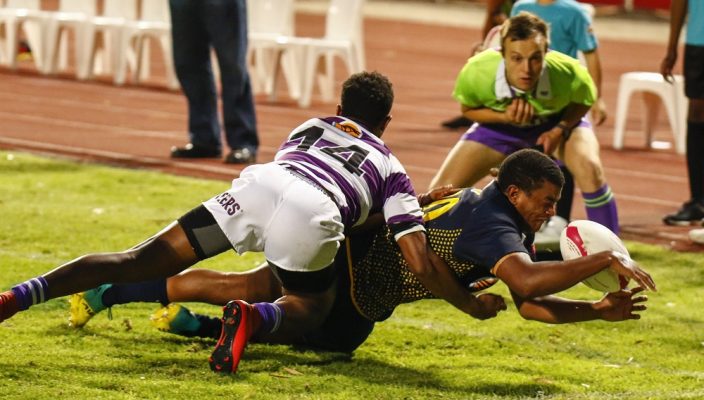 The FNB Madibaz rugby team are gearing up for what will be their toughest fixture to date when they tackle University of KwaZulu-Natal in the FNB Varsity Shield in Maritzburg on Monday (6.30pm).

The sides are the only unbeaten teams in the competition. The Nelson Mandela University outfit top the log with 15 points from three games.

UKZN also have maximum points (10), but have played only two matches and have been impressive in putting 50 points past both Rhodes and Tshwane University of Technology.

“Unlike some of the other teams we have played I believe UKZN will be a lot more structured in their approach,” he said.

“It’s probably fairly similar to the way we play, so we will have to be on the mark in all facets of the game.

“I am sure they have a couple of players from the Sharks Academy in their ranks and they will definitely be a big test for us.”

The Madibaz mentor added that he was pleased with their maximum haul of points, but said they were fully aware they still had much to do.

“Nobody in this team is under any illusions about what lies ahead. We have been relegated from the Varsity Cup so we haven’t accomplished anything yet.

“Everyone knows that and I am a big believer in the fact that you play with confidence but you never underestimate any of the opposition. Because that’s when you start slipping up.”

Nonetheless, Buys was satisfied that the hard labour they had put in during the pre-season training was starting to bear fruit.

“We have spent a lot of time on certain aspects and the guys are starting to get their communication right,” he said.

“This came through in the game against Rhodes where we used a lot of younger players. Admittedly there were mistakes but you can expect that from people making their debuts.

“In general, however, it was a big positive that we could use those new players and we were still able to keep the momentum of the first two games – it shows we have a bit of depth and that is a plus.”

Madibaz Rugby manager Theresa le Roux said the spirit in the team had been a significant factor in their success.

“This has been outstanding because they also do things off the field to build on the team spirit,” she said. “They are starting to gel as a team.

“It was also the best thing to give some of the youngsters a run on Monday. They were able to fit in comfortably as the coaches keep the squad together for training all the time – whether you’re in the team for the match or not.”

She also had praise for the coaching team of Buys, Trichardt van Tonder and Zuko Ndlela.

“They form an excellent trio, with new and fresh ideas. They are also very strict on discipline for all the players, not only on the field but also on the academic front.”