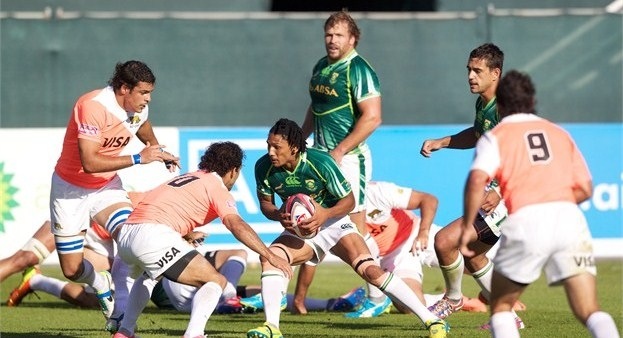 Unbeaten quartet through to Dubai quarters

New Zealand, Fiji, South Africa and Wales each won all three of their pool matches to progress with 100% records to the Cup quarter-finals at the Emirates Dubai Rugby Sevens, round two of the HSBC Sevens World Series.

The in-form quartet are joined in the last eight of the Cup by Scotland, England, Kenya and Argentina, while defending champions Samoa will contest the bowl on Saturday.

South Africa will come up against their former coach Paul Treu and Kenya in the Cup quarter finals after winning their pool – Photo: IRB/Martin Seras Lima