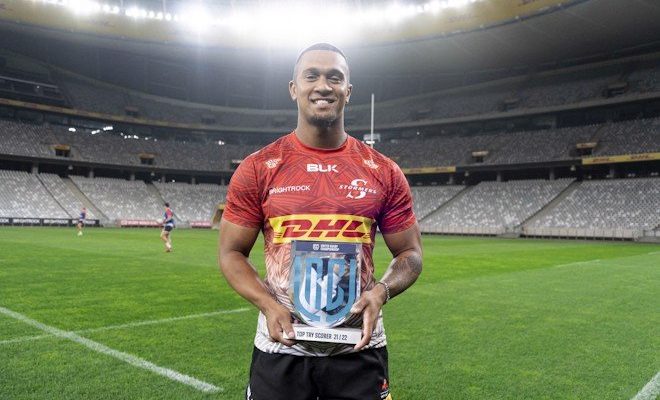 DHL Stormers wing Leolin Zas scored 11 tries over the course of the regular season to end the campaign at the top of the charts while Vodacom Bulls second-row Ruan Nortje takes home an award which recognises the player who has racked up the most minutes over the 18 rounds of the VURC.

They are the first South African winners to be announced as part of the end-of-season awards, with Ulster’s Alan O’Connor (Tackle Machine) and Ospreys pair Jac Morgan (Turnover King) and Gareth Anscombe (Gilbert Golden Boot) having scooped the three accolades already handed out.

Here, we take a closer look at the Top Try Scorer and Ironman award winners and the performances that led to their prizes, which were awarded using URC StatMaster data provided by Oval Insights.

Leolin Zas held on to his position at the top of the VURC try-scoring charts in the face of some late competition from Benetton’s Rhyno Smith.

Smith claimed seven tries in his last three appearances to pull level with Zas on 10 at the summit.

However, Zas – who scored at least one try in each of his first six VURC outings – grabbed the DHL Stormers’ first try in their Round 18 victory over the Scarlets to nudge back in front and claim the prize.