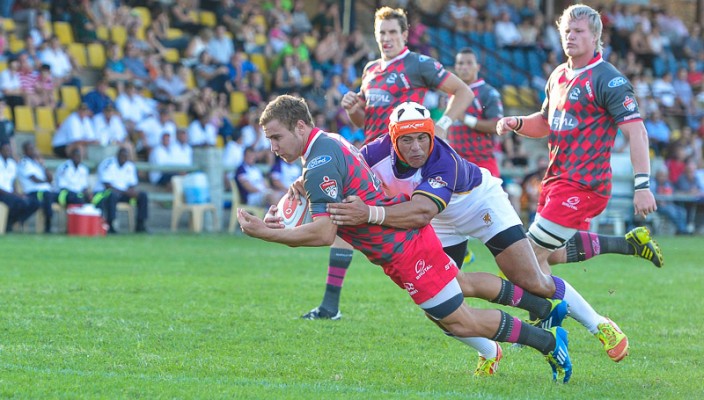 The Valke and Down Touch Griffons will be under immense pressure to register victories in their Absa Currie Cup First Division clashes this weekend following disappointing starts to the season.

Neither team has registered a victory in their four outings so far this season, and with 10 rounds of matches remaining to salvage their campaigns, they will be forced to turn their seasons around or risk battling it out for the wooden spoon later in the competition.

With the Valke hosting the Border Bulldogs, who only last week ended their winless streak, in Kempton Park on Friday, they will target this match to change their fortunes in the series. The Down Touch Griffons will meet the Leopards in Welkom on Saturday.

In the other clashes, the EP Kings go up against the Regent Boland Cavaliers in Port Elizabeth and log-leaders, the Steval Pumas, take on the SWD Eagles in Nelspruit.

In Welkom, the Griffons have placed hopes of a change of their fortunes in the hands of the same players who suffered a last-minute defeat against Border last week, with the only change to the starting team being at hooker where Derick van Heerden replaces in the injured Elandré Huggett.

The Northern Free Staters will, however, be up against it as the Leopards will be determined to bounce back from their first defeat of the season. Star Leopards flyhalf Adriaan Engelbrecht, who is currently in second place on the top point-scorer’s list, is expected to play a key role in the clash, meaning the Griffons will have to mark him on defence to create an upset.

Boland pinned their faith in the players who thumped the Valke last week as they look to extend their winning run to four matches. But their hosts in Port Elizabeth on Friday, the EP Kings, would have taken a lot of heart from their spirited victory against the Eagles as they look to build winning momentum after an inconsistent start to the season.

However, with both teams finding their form and being particularly strong at scoring tries, the clash could prove to be a tight affair.

The clash between the Steval Pumas and Eagles could also prove to be a spectacle given the fact that the sides are among the best attacking teams in the tournament.  With the Eagles boasting 18 tries in their first four matches and the Pumas 13, the Nelspruit team will be wary of the threat the visitors pose on attack. On the flip side, however, they will look to exploit the Eagles’ substandard defence, which has seen them leak 15 tries so far, with an eye on extending their unbeaten run to five matches.

The Eagles, meanwhile, will be wary of points-machine Carl Bezuidenhout’s accurate goal kicking, which has been a key feature in his team’s early success.

Down Touch Griffons vs Leopards