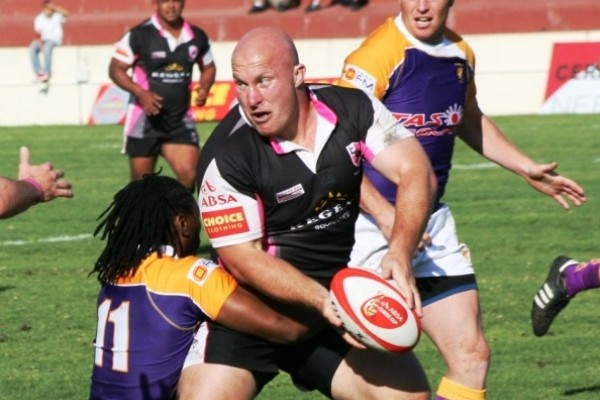 The Valke and Down Touch Griffons showed tremendous character this weekend as they rose to the challenge in the Absa Currie Cup First Division to end their four-match losing streaks.

The Valke started strongly to overcome the determined Border Bulldogs 34-29 in Kempton Park on Friday, while the Griffons staged a dramatic comeback against the Leopards in Welkom on Saturday for a surprise 34-28 victory.

The Steval Pumas, meanwhile, stretched their winning run to five matches as they outplayed the SWD Eagles 60-20 in Nelspruit, and the Regent Boland Cavaliers registered their fourth back-to-back victory as they defeated the EP Kings 30-23 in Port Elizabeth.

The Valke started their clash with a bang as they breached Border’s defence early on to score two tries in the first 21 minutes for a 14-0 lead. Border hit back with a try by wing Andrew van Wyk, but the Valke’s third try of the half by lock Johan de Bruin and a penalty minutes later cancelled out the visitors efforts.

The Bulldogs fought back with intent in the second half, which earned them two tries in the first six minutes and allowed them to close in on the home team. This resulted in a tight finish with the sides each crossing the tryline once more for their bonus point tries. But Valke flyhalf Jaun Kotze’s accurate goal kicking proved to be the difference on the scoreboard.

In Welkom, the Leopards applied early pressure and reaped the rewards with a 14-3 lead in the 23rd minute against the Down Touch Griffons. But vital tries by the home team before and after half time, and another on the stroke of the fourth quarter, bolstered their confidence and handed them the lead.

The Leopards, however, clawed their way back in the 70th minute as wing Edmar Marais crossed the chalk for his second try. But the Griffons’ desperation for a victory drove them to retain possession and apply pressure on attack. With the team playing in the right areas and the players highly motivated, flank Erik le Roux crashed over for the bonus point try five minutes before the final whistle. Flyhalf Louis Strydom backed this up with a drop goal to seal the 34-28 win.

The Regent Boland Cavaliers, meanwhile, dominated the first half against the EP Kings in Port Elizabeth and earned a valuable 20-11 lead for their efforts. They inflated this to 30-11 after the break thanks to a converted try by SA President’s XV back Jacquin Jansen and flyhalf Len Olivier’s third penalty. But the balance of power shifted soon after as the Cavaliers made a comedy of errors which allowed the Kings to dictate play. With momentum on their side they reduced the score to 30-23, but it proved to be a case of too little too late for the Port Elizabeth team.

In Nelspruit, the Pumas charged to their fifth successive victory as they outscored the SWD Eagles nine tries to two, with the second half, in particular, proving to be a one-sided affair.