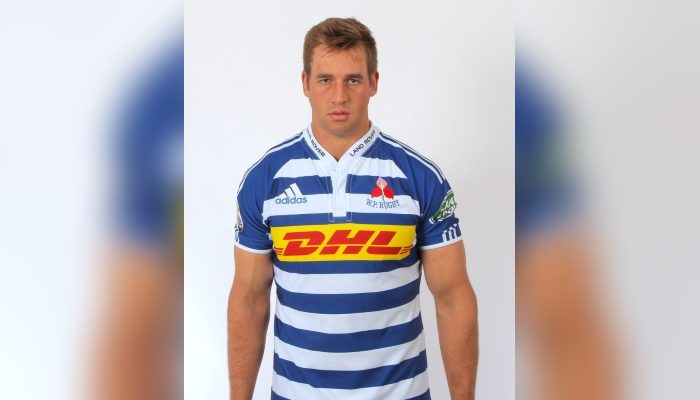 Chris van Zyl has decided to call time on his career as a rugby player after years of dedicated service to Western Province Rugby.

The experienced lock ends with 72 caps for DHL Western Province and 42 caps for the DHL Stormers, having contributed immensely on and off the field over the last six years.

Van Zyl’s connection with Western Province Rugby runs deep, with his grandfather Boon Wallace, father Mike and brother Anton all having worn the blue and white hoops of DHL Western Province before him.

His parents have been season ticket-holders for most of his life and Van Zyl grew up as a staunch member of the Faithful, serving as a ballboy at DHL Newlands and watching his heroes from the stands.

His path to professional rugby was unconventional in the modern era and serves as an example to those who are not identified for higher honours at a young age.

He attained an Accounting degree at the University of Stellenbosch and represented Maties, before going to Johannesburg to do his articles and qualify as a CA.

He returned to Cape Town in 2015 and got his first opportunity to represent DHL Western Province in 2016, leading the team to 13 wins from 14 games in the Currie Cup Qualifying campaign under Head Coach John Dobson.

He announced his retirement from the game on social media on Wednesday, paying tribute to all those involved in his career. He has chosen to end his rugby career as he seeks to explore new opportunities, but the impact of his contributions to Western Province Rugby as a whole will be felt for some time.

Dobson said that working with Van Zyl has been one of the highlights of his coaching career so far.

“Chris embodies what it means to be a true ‘Province man’. He always put the needs of the team above his own and had a positive influence on everyone he worked with here.

“His family can be proud of the way he represented them and there are many players who can learn from his example, both in terms of his passion and values and in the way he has set himself up for life after rugby. We can only wish him all the best and thank him for his countless contributions,” he said.

“Chris has shown through his words and actions that he has always given everything he can for the team. We thank him for everything he has done and wish him all the best with his future endeavours,” he said.

Western Province Professional Rugby (WPPR) Chairman Ebrahim Rasool said that Van Zyl will leave a legacy that the rest of the squad can take forward.

“Chris was a shining example of how much our teams can mean and he had an incredible influence on everyone he came into contact with in our system. His impact will be felt for some time to come and for that we are very grateful,” he said.