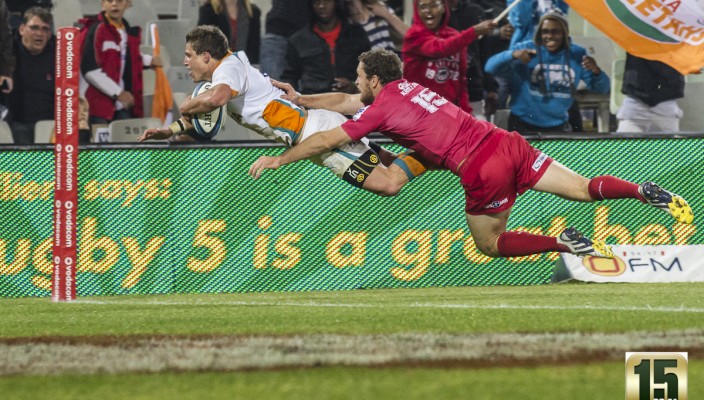 Piet van Zyl, scrumhalf of the Toyota Free State Cheetahs, has been called up to the Springbok squad in Mpumalanga in the place of the injured Jano Vermaak.
Vermaak, who made his Test debut in Durban on Saturday in the Springboks’ 44-10 victory over Italy, left the field in the 60th minute with a serious hamstring injury.

“Sadly Jano will not be able to play in the rest of the Castle Lager Incoming Series and the decision was taken to replace him with Piet van Zyl,” said Springbok coach Heyneke Meyer.

Van Zyl will link up with the Springbok squad later on Sunday at their base in Hazyview, where they will be preparing for the second Test of the series, on Saturday against Scotland at the Mbombela Stadium in Nelspruit.

Piet van Zyl will be 1 of 10 Grey College boys in the current Springbok squad.

It will be Van Zyl’s first official involvement with the Springbok squad after he toured with the squad as one of six young guns last June.

Van Zyl is the fourth member of the young gun squad of six to make it into the senior squad. The others are Siya Kolisi, Arno Botha and Frans Malherbe.

Apart from Vermaak, there were no other serious injury concerns in the Springbok camp, apart from the usual bumps and bruises.