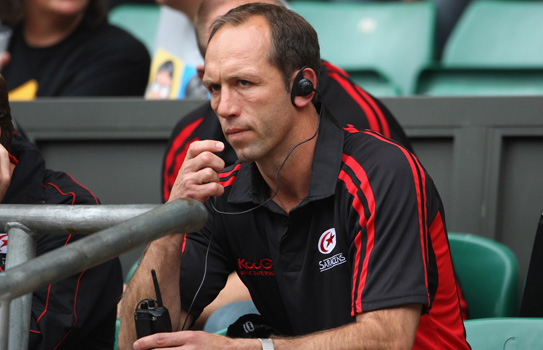 Cape Town – Brendan Venter’s role as founder of the “blueprint” by which Saracens went about securing their maiden English Premiership rugby title on Saturday has been praised.

London-based Sarries beat Leicester in the final at Twickenham on Saturday after being runners-up to the same opponents a year earlier.

The single-minded former Springbok centre quit his post as director of rugby in November to return to South Africa for family reasons.

But his pioneering steps were not forgotten in the heady afterglow of the trophy grab: BBC Sport’s Adam Jones, in a piece headlined “New dawn for Saracens” wrote that Venter had “ushered in a new collective spirit, a higher sense of professionalism” at the club.

And the writer quoted Mark McCall, Venter’s successor, as saying: “Brendan began the project; he kick-started this club and his fingerprints are all over this team.

“Stepping into his shoes was actually a very easy thing to do because of the systems, and people, and values already installed.”

*Meanwhile, three South African-born players – two of them from Saracens – have found their way into an English Premiership team of the year chosen by Shaun Edwards, the rugby league legend now highly regarded for his ability as a union coach in the UK.

Writing in The Guardian, Edwards named Sarries’ Brad Barritt at inside centre – hailing him as “the cornerstone of the Saracens defence” – and Schalk Brits at hooker, plus Northampton’s Brian Mujati at tighthead prop.