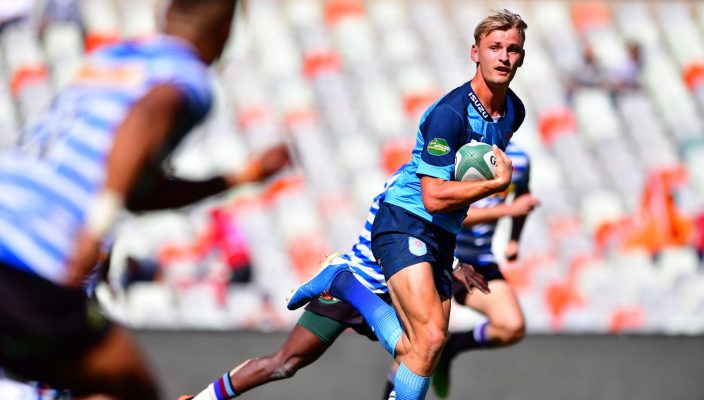 Vodacom Blue Bulls U21 named for DHL WP U21 meeting

The defending SA Rugby U21 champions, the Vodacom Blue Bulls U21, have named a strong team to face DHL Western Province U21 in their opening clash of the 2020 tournament.

Exciting backs Richard Kriel, Diego Appollis and Stravino Jacobs will be itching to stretch their legs after months of being on the sidelines due to the COVID-19 pandemic while WJ Steenkamp, Jaco Labuschagne and Jan-Hendrik Wessels will pack the necessary punch amongst the forwards.

This year’s edition follows a format similar to the World Rugby U20 Championship where matches are played every few days as opposed to usual week on week basis.

The 2020 SA Rugby U21 Championship will see the Vodacom Blue Bulls U21, Xerox Golden Lions U21, Toyota Free State Cheetahs U21, Cell C Sharks U21 and DHL Western Province U21 contest the silverware from Sunday, 4 October until the final on Friday, 30 October.

“The pressure is definitely on as defending champions but we have a relatively settled squad and exceptional players that know what they need to do. They are looking forward to their assignment against WP and will need to start strong and secure a winning culture from the start,” said Vodacom Blue Bulls U21 head coach, Hayden Groepes.