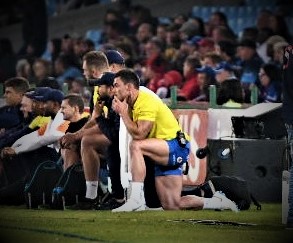 Vodacom Bulls Coach Comfirms that Jesse will go to Quarter-finals

In yesterdays Vodacom Bulls win of 48-27 against their Jukskei counterparts the Emirates Lions coach Pote Human confirmed that Springbok Center Jesse Kriel will be joining the team for the Quarter-finals that will be playing at Westpac Stadium in Wellington on Saturday morning 09:35 SA Time

Human also mentioned that some other players will be going with, Schalk Brits, Jason Jenkins, Conraad van Vuuren

Captain Pollard mentioned that the need needs to be at 100% for the match against the Hurricanes, they will also need to be well prepared for them as the like playing a fast pace game at home