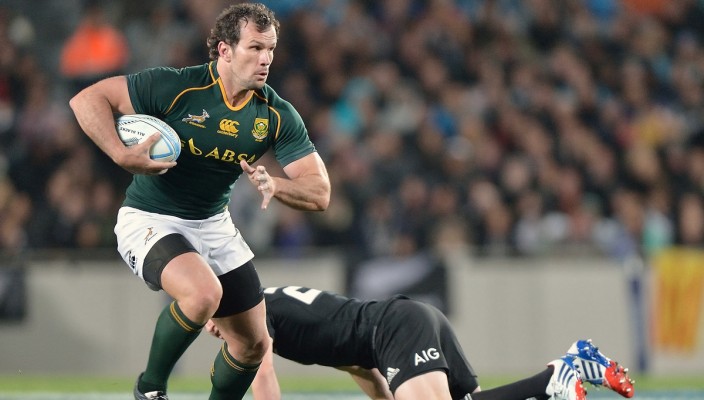 The Vodacom Bulls have finalised an exciting signing with the acquisition of experienced Springbok hooker, Bismarck du Plessis.

The 2007 World Cup-winning hooker, who has a total of 79 tests to his name, will join the Tshwane-based side following a six-year stint at French club Montpellier.

The 37-year-old’s road to Loftus Versfeld began in his home province, Free State, where he represented the Toyota Cheetahs in 2003 before moving to the coast to join the Sharks, where he spent the next decade from 2005. It was in 2015 that his tenure at Montpellier began.

“Bismarck is the calibre of player we want here at Loftus – somebody who has a lot to offer on the field of play, and also vast experience that he can impart on the youngsters. There is no doubt that guys like Jan-Hendrik Wessels, Joe van Zyl, Johan Grobbelaar and Schalk Erasmus will gain plenty from his presence.”