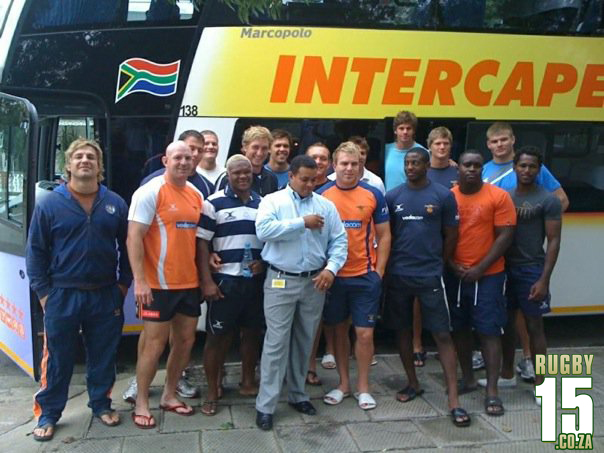 The Vodacom Free State team travelling to George to face the Eagles at 16:00 on Saturday 27th . The team stayed over at Drostdy Hotel in Graaff-Reinett & early this morning they departed with Intercape Bus to George.

Barend Pieterse will be making his comeback after two years not playing rugby.