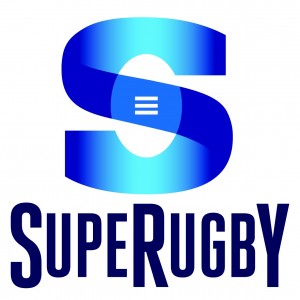 The Melbourne Rebels have been added as a 15th team, expanding the competition to five teams from each nation, and the competition structure has been re-engineered to meet the fans’ demand for more local derbies.

The newly structured conference-style format not only promises a competition within a competition it will also ease the travel burden of all 15 franchises. All teams will now play three-quarters of their matches within their won shores.

“I’m very excited by the new format and I think our supporters will enjoy it too,” said SARU CEO Jurie Roux.

“The evidence from all three countries was that the rugby public wanted local derbies, so we’ve doubled those and included a national Conference championship within the overall Vodacom Super Rugby title race.

“The extra derbies and new structure means that our teams will play 75% of their matches on South African soil every season when, in the past, that proportion has been as low as 62% – which must help out teams.

“The extra round in the Finals series will increase the number of teams in the race for the title each season with six places now up for grabs.

“The volume of high-intensity rugby will need to be managed more than ever by teams but this season there are no inbound Test matches so those three or four matches have been replaced by the extra three or four matches that a team would play to reach the Vodacom Super Rugby final,” said Roux.

“The evolution of Vodacom Super Rugby has been a wonderful growth process and showcased some of the best rugby talent the world has ever seen,” Enzo Scarcella, Vodacom’s Managing Executive for Marketing explained.

“Vodacom Super Rugby is demonstrably bigger and better, and we expect the competition to continue its growth as the heartbeat of South Africa’s passionate rugby supporters. The addition of more local derbies will ignite the passion inside us all, and give the competition a more personal edge that can only bring out the best in our teams.”  added Scarcella.

A total of 40 Vodacom Super Rugby regular season matches will be played in each country each season as opposed to 26 in Australia under the Vodacom Super 14 structure and 32 or 33 in South Africa and New Zealand. Each team will play 12 of its 16 regular-season games within its own country – with only four matches overseas.

The Final Series will be contested by six teams. The top franchises in each of the three Conferences will automatically advance to the Finals Series in positions 1, 2 or 3 (depending on their individual competition points totals). The other three sides to advance will be those with the highest number of competition points outside of the Conference winners. The teams qualifying in 4th, 5th and 6th positions can come from any Conference, or they could all come from one single Conference.

The two winners will play the top two sides in Semi-finals the following week before the victors of those playoff games meet in the Final.