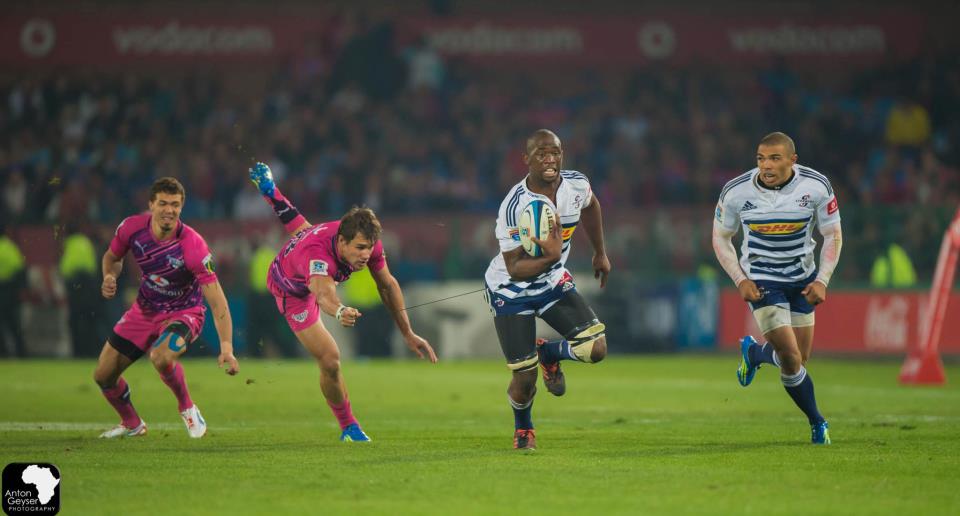 Vodacom Super Rugby history will be made in Port Elizabeth on Saturday when this exciting competition returns to South Africa this weekend – and not a moment too soon – as all five local franchises get their 2013 seasons underway.

For the Vodacom Bulls, DHL Stormers, Toyota Cheetahs, The Sharks and the Southern Kings, the third season of Vodacom Super Rugby kicks off, with 15 teams from South Africa, Australia and New Zealand competing in arguably the toughest provincial competition in world rugby.

It will be particularly special in at the Nelson Mandela Bay Stadium, where the Southern Kings make their debut against the Western Force from Perth in Australia. This will be the first Vodacom Super Rugby match in Port Elizabeth since 1999, when The Sharks, then still part of a franchise with Eastern Province and Border, used the Eastern Cape city as a secondary base.

A total of 41 players are listed as “uncapped” at this level amongst the South African franchises. That number includes 23 Kings, as well as seven Vodacom Bulls, six Toyota Cheetahs, three DHL Stormers and two Sharks.

Of these, 11 will be making their Vodacom Super Rugby debuts in their respective starting teams this weekend – seven at the Kings, two at the Cheetahs, and one each at the Stormers and Bulls. Every one of The Sharks’ starting XV has had a taste of rugby at this level.

The opening match in South Africa is the highly anticipated north-south derby between the Vodacom Bulls and the DHL Stormers in Pretoria on Friday evening.

Saturday sees two more matches on local soil – the Toyota Cheetahs will host The Sharks in Bloemfontein before the Southern Kings make their debut against the Force in Port Elizabeth.

It will be the three time Vodacom Super Rugby champions against the two-time South African Conference winners at Loftus Versfeld in Pretoria on Friday evening.

And while they might not mention it, revenge will not be too far from the minds of the home team and their supporters as the Capetonians left Loftus victorious after their last two visits to the capital city.

Interestingly enough, these two sides have met twice in opening rounds, with the home team losing on both occacions – in 1999 the DHL Stormers crushed the Vodacom Bulls by 42-19 in Pretoria, and more recently, in 2008, the Pretorians won 16-9 in Cape Town.

With both teams fielding experienced sides – only Bulls loosehead Morné Mellett and Stormers inside centre Damian de Allende will be running out for their Vodacom Super Rugby debuts on Friday – this match promises to be a cracker.

“We do have an experienced core of players this year and it is something that hopefully will benefit us,” Vodacom Bulls coach Frans Ludeke said.

“Even Morné Mellett, who will start in his first match, has toured with us and played well in last year’s Absa Currie Cup. In this competition one will always be looking at the experienced guys in your team and we are lucky to have a lot of those in important positions.”

The Vodacom Bulls will be without three injured Springboks – Dean Greyling, Akona Ndungane and Jacques Potgieter – while Emerging Springbok lock Wilhelm Steenkamp is also out of action with a shoulder injury.

For Vodacom Bulls captain Pierre Spies, the formidable Stormers side provides a strong challenge to his team, especially since the Capetonians won both encounters between the two sides in 2012.

“They are a formidable side, but this competition is all about measuring yourself against the best out there, as a team and on a personal level,” said Spies.

“It will be a massive game, as it is not only the traditional north-south derby, it is also two teams with good records in Super Rugby wanting to stake the first claim. We are at home and would like to give our fans something to look forward to this season. The first step is to start well against the Stormers.”

But the DHL Stormers also start the season with a number of injured players, most notably three tough Springbok forwards in Schalk Burger, Eben Etzebeth and Tiaan Liebenberg, as well as the fleet-footed Juan de Jongh.

“We’re missing some world-class players and we do have four or five players making their Stormers debuts in the match 22, but they are all quality players,” said DHL Stormers coach Allister Coetzee, whose team finished in the top two positions on the overall log in the last three seasons.

“It’s the first time since I’ve been involved (at the Stormers) that we have such depth. We have Joe Pietersen on the bench, as well as experienced players like Gerhard van den Heever and Dewaldt Duvenage providing cover at the backs.

“Yes, it’s a big game for us against a quality Bulls outfit at Loftus – it’s never going to be easy, but with this team we’ve covered all our bases and we’ll be up for what promises to be a massive derby game.”

Toyota Cheetahs vs The Sharks

Called The Sharks’ bogey team a couple of years ago, the Toyota Cheetahs will start their season by hosting the 2012 runners up at the Free State Stadium in Bloemfontein before flying to Hamilton to face the defending champion Chiefs next weekend.

That has to rate as one of the toughest opening fortnights to the competition for any team, but it’s a challenge that Naka Drotské, Toyota Cheetahs coach, and his team are looking forward to, despite the fact that they had not beaten The Sharks in their last four encounters.

Add to that the Toyota Cheetahs’ dismal record in opening round matches – they have only won one from seven since making their Vodacom Super Rugby debut in 2006, and that was in 2007 against the DHL Stormers in Bloemfontein (27-9) – combined with The Sharks’ three wins at the Free State Stadium in their four matches there, and it’s clear that the home team is facing an uphill battle on Saturday.

“We believe that we can beat any team in Bloemfontein,” said Drotské.

“This is a very important game for us, because on Sunday we get on a plane and leave on a four-week tour. We know the importance of starting well and it will relieve a lot of early-season pressure if we can leave Bloem with a win under our belts.

“We’ve worked very hard since last November and most of our key players are fit. But it’s a very tough start to the competition for us, against the two finalists from 2012. Yes, the players set the standards last year by accumulating 11 points on tour, but leaving after a win will be so much easier.”

John Plumtree, coach of The Sharks, said his team learnt last year that they needed to be a bit faster out of the blocks.

In 2012, the KwaZulu-Natalians lost four of their first seven matches. They finished strongly and qualified for the playoffs in the sixth place, but had to travel to Brisbane and Cape Town before losing in the final in Hamilton. In the end, the rigorous travel schedule was too much for Plumtree’s side.

“What we learned last year is that you need to get off to a good start and maintain some momentum through the competition to avoid the travel factor at the end,” said Plumtree.

“We want to win every game, although that’s quite hard in Super Rugby. These conference games are hugely important and I’m sure all the South African franchises are talking about that.”

Plumtree admitted the Toyota Cheetahs team played a role in his final selection for Saturday: “The way the Cheetahs play influenced a lot of the selections, they have a lot of speed and genuine threats in their backline and we have to be able to match that defensively.”

Toyota Cheetahs vs The Sharks

Vodacom Super Rugby returns to Port Elizabeth for the first time in almost 14 years, but this time the locals will have their own team to support in the guise of the Southern Kings, who will be hosting the Western Force at the Nelson Mandela Bay Stadium on Saturday evening.

The Force, established in 2006 as one of the newer teams in this competition, got their season underway last weekend in Melbourne, where they lost 23-30 to the Rebels, now in their third year of existence.

But the Kings are a new entity and they will be looking to set their own standards in the coming months.

They have a whole bunch of players who will be making their Vodacom Super Rugby debuts and realise it will not be easy, but Kings coach Matt Sexton said his team had done as much as they could in preparation for their debut.

“Whatever we could do, we’ve done as far as preparation goes,” Sexton said.

Mixed in with the newbies, are a host of players that have played a fair amount of Vodacom Super Rugby, including Kings captain Luke Watson, who has played 82 matches at this level for The Sharks and the DHL Stormers, Steven Sykes (69 for The Sharks), Andries Strauss (40 for The Sharks and Toyota Cheetahs) and Bandise Maku (33 for the Vodacom Bulls and MTN Lions).

“We have a number of experienced players who have played a lot of Super Rugby, but on the flip side there are some who have not,” said Watson. “We all have to start somewhere and we have no doubt in the ability and commitment of those guys who will be pulling on a Super Rugby jersey for the first time.”