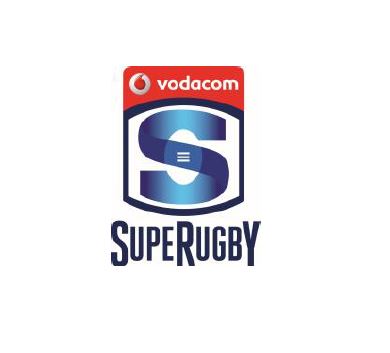 ·       Tenacious Vodacom Bulls fight back for draw in Auckland

The Emirates Lions improved their chances of qualifying for the Vodacom Super Rugby playoffs by comfortably beating local rivals DHL Stormers 41-22 in their Round 16 derby clash in Johannesburg on Saturday evening.

The Vodacom Bulls drew their match in Auckland 22-22 with the Blues thanks to a tenacious second-half fightback, while the Cell C Sharks’ playoff hopes were dealt a blow as a result of their 30-17 defeat to the Hurricanes in Durban.

Meanwhile, the Jaguares consolidated their top spot in the South African Conference courtesy of a 34-23 win over the Reds in Brisbane, to push their tally to 41 points from nine wins in 14 games. The Emirates Lions are second on 35 and they are followed by the Vodacom Bulls (34), Cell C Sharks (33) and DHL Stormers (30).

The Emirates Lions kept their playoff hopes alive by beating local rivals DHL Stormers 41-22 in a fast-paced local derby in Johannesburg on Saturday evening – their first win over a South African team this year.

The Highvelders had a slender 13-10 lead at the interval but they accelerated their efforts in the second half to post a very comfortable home victory in the end.

The Emirates Lions’ victory came off the back of a brilliant second half display, during which they scored four of their six tries for a well-deserved win. Kwagga Smith (2), Andries Coetzee, Courtnall Skosan, Aphiwe Dyantyi and Hacjivah Dayimani crossed the chalk while Shaun Reynolds (flyhalf) kicked four conversions and one penalty goal.

Smith was a menace in open play and his sterling efforts were rewarded with two well-taken tries, while Malcolm Marx once more led from the front by putting in a great shift.

Johan du Toit (flank), deputizing for his injured Springbok brother Pieter-Steph, scored his maiden Vodacom Super Rugby try for the Cape side, while Herschel Jantjies (scrumhalf) and Josh Stander (flyhalf) were the other two try scorers. Stander also slotted two conversions and hit the mark with one penalty goal.

The two teams were closely matched in a tight first half, when the DHL Stormers managed to keep the deficit to just three points between them. However, a brilliant passage of play in the first 17 minutes of the second half, when they managed to score three well executed tries, sealed the match for the Highvelders.

The Emirates Lions host the Hurricanes next weekend at Emirates Airline Park, while the DHL Stormers return to Cape Town where they will host the Sunwolves in the Saturday late afternoon clash.

The Hurricanes may have finished their Vodacom Super Rugby clash against the Cell C Sharks with 14 men, but they still managed to comfortably beat the KwaZulu-Natalians by 30-17 in Durban on Saturday afternoon. The Durbanites trailed 20-10 at halftime in what was their last home game of the regular season fixtures list.

The ‘Canes made a bright start and managed to score two converted first half tries, by Jordie Barrett (fullback) and Ngani Laumape (inside centre), while Beauden Barrett (flyhalf) added two penalty goals to give them the lead at the break.

Cell C Sharks fullback Aphelele Fassi scored the home team’s only try, on the stroke of halftime, which was converted by Curwin Bosch (flyhalf), who also succeeded with a penalty goal.

The Cell C Sharks’ replacement prop Juan Schoeman gave them a great start to the second half when he scooped up the ball from a ruck following a strong run by Louis Schreuder, to score their second converted try of the afternoon, which brought the home team to within three points of the Hurricanes (20-17).

But that was the closest the Cell C Sharks came to taking the lead and when Barrett added another penalty goal, and Wes Goosen (right wing) scored a well-executed try, the ‘Canes took the game away from the home side.

While the Hurricanes defended well and were clinical whenever they created scoring opportunities, the Cell C Sharks unfortunately let themselves down by committing several unforced errors. They also failed to capitalise on a numerical advantage on the field after Hurricanes flank Vaea Fifita was shown a red card five minutes from the end for a dangerous tackle.

The Cell C Sharks face the Jaguares in Buenos Aires next Saturday and then conclude their regulation fixtures two weeks later against the DHL Stormers in Cape Town.

Tenacious Vodacom Bulls fight back for draw in Auckland

The Vodacom Bulls fought back courageously to earn a credible 22-22 draw against the Blues in their Vodacom Super Rugby match at Eden Park in Auckland on Friday.

The Kiwi side held a slender 10-8 lead at halftime and although they were behind for most of the second half, the Vodacom Bulls never gave up.

Considering the fact that the men from Pretoria played without the experienced Springbok duo of Handre Pollard and Duane Vermeulen, and a heavy downpour that made handling very difficult, then this will be considered as a very good result for them.

The Blues had a great opportunity to snatch the win right at the end of play, when Vodacom Bulls wing Cornal Hendricks was penalised for a high tackle. Hendricks must have been a very relieved man when he saw how Blues flyhalf Harry Plummer’s sent his penalty attempt well wide.

Although not quite the win they were hoping for, the two points they earned in very difficult conditions will come as a welcome boost for the Vodacom Bulls, whose last success in New Zealand was in 2013 against the Blues at the same ground.

The Auckland outfit went into the halftime lead with a two-point advantage following a try and penalty goal on both sides. Ofa Tuungafasi scored a converted try for the Blues in reply to the opening try of the match scored by Vodacom Bulls flank Hanro Liebenberg. Plummer slotted a penalty goal in addition to the conversion, while Manie Libbok (flyhalf) also slotted a penalty goal for the visitors.

The second half saw much more open play despite the difficult playing Blues lock forward Scott Scrafton barged his way over the whitewash just five minutes after the break, but a few minutes later the men from Pretoria hit back with their second try of the match to level matters on the scoreboard.

Hendriks capitalised on a turnover to score in the corner following a lovely-weighted grubber kick, while Libbok did brilliantly to succeed with the difficult conversion kick.

The two teams continued with their attacking intent and it was the Blues who managed to score their third try through their No 8, Akira Ioane, when he powered his way over the line from a Blues scrum. Plummer added the extra two points to hand the home side the lead at 22-15 with about 15 minutes to go.

However, the visitors refused to give up and were rewarded for their fighting effort when the fleet-footed Libbok waltzed over untouched for their third try. He levelled matters at 22-22 with the conversion.

With just a few second remaining on the clock, and over-eager Hendricks was penalised for a high tackle. However, Plummer pulled his penalty kick wide and the match ended in a stalemate.

The Vodacom Bulls conclude their Australasian tour next Friday when they tackle the Highlanders in Dunedin.

Other Round 16 Results of the weekend: