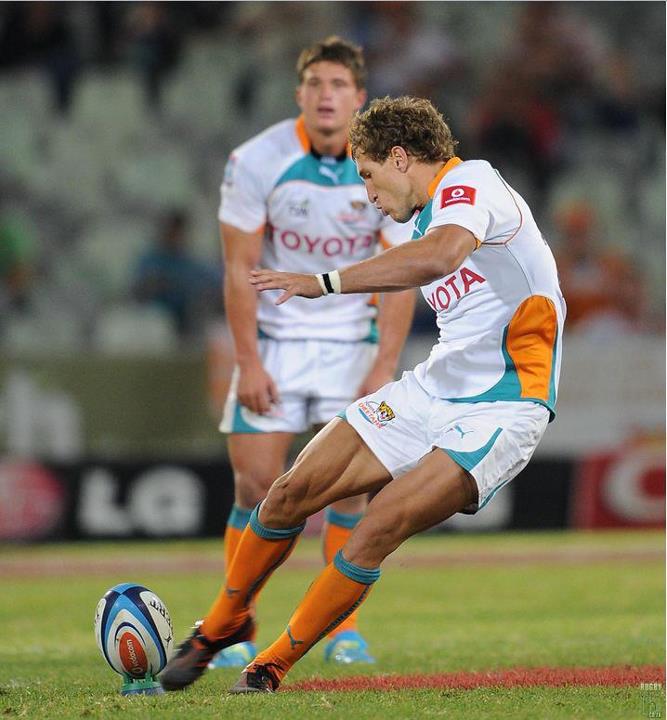 The DHL Stormers lost their first game of the Vodacom Super Rugby season, but along with the Vodacom Bulls they have opened up a handy lead at the top of the South African Conference as the halfway mark approaches.

However, in probably the best victory of the weekend from a South African perspective, The Sharks beat the struggling Blues, 29-23, in Auckland on Friday – their eighth successive victory over the three time champions from New Zealand.

The DHL Stormers kept their position at the top of the SA Conference thanks to a bonus point secured late in their 31-24 defeat by the Crusaders in Christchurch. Even though they are on 29 log points, the Capetonians are top because they have won one game more.

The Vodacom Bulls took five points in Johannesburg as they beat the MTN Lions by 32-18, while the Toyota Cheetahs didn’t have enough fire power to curb the first-placed Chiefs in Bloemfontein (39-33).

Note: By clicking on the various headings, you will be able to access the breakdown for that specific match on www.sarugby.co.za, where team line-ups, replacements and run of play can be found.

The Sharks stretched their superb winning streak over the Blues to eight as they ended their Vodacom Super Rugby Australasian tour on a high by beating the Aucklanders by 29-23 at Eden Park on Friday.

The last time The Sharks lost to the Blues was in 2005 – their eight consecutive victories over the team from Auckland is the best winning run for any South African side over opponents from New Zealand.

The DHL Stormers have beaten the Highlanders in their last five encounters, while The Sharks are on a similar winning streak over the team from Otago.

The Sharks outscored the struggling home side by four tries to two, their first two coming after interceptions in their own half. First Keegan Daniel made it to within five metres of the Blues’ line before Steven Sykes crashed over, after which Craig Burden intercepted and sprinted 55m to score next to the sticks.

Daniel and Tim Whitehead also scored for the visitors in the second half, but only after the Blues wiped out a 15-0 deficit to lead by 20-15 shortly after the break.

The DHL Stormers’ unbeaten Vodacom Super Rugby run came to an end in Christchurch on Saturday morning when they went down by 31-24 to the Crusaders.

The men from Cape Town will not forget the name Tom Taylor soon, as the young Crusaders pivot scored all the points for the home side by converting his own try and slotting eight penalty goals. He did not miss a single kick at goal.

Although the DHL Stormers outscored the home team by two tries to one, with Springbok speedsters Juan de Jongh and Bryan Habana crossing the chalk, their discipline was not great, especially in their own half. That allowed Taylor to aim at goal eight times and keep the score board ticking over for the Crusaders.

A part of the problem was that the DHL Stormers struggled to get out of their own half, with their line-kicking not always up to scratch. In fact, there was a lot of tactical kicking from both sides, but these kicks didn’t always produce the desired results.

The goal kicking though was much better. Between Taylor and the two DHL Stormers kickers, Joe Pietersen and Peter Grant, they missed only one kick at goal from 14 attempts. Grant’s second penalty goal, after the hooter had sounded, bagged his team a bonus point.

While the first two tries, by De Jongh and Taylor, came from turn-overs, Habana’s five-pointer was a beauty as he collected a superb cross kick after a period of sustained pressure by the DHL Stormers deep in the Crusaders’ territory.

The Chiefs moved to the top of the Vodacom Super Rugby log when they scored a 39-33 bonus point victory over the Toyota Cheetahs at the Free State Stadium in Bloemfontein on Saturday.

It was the Chiefs’ first victory over the Toyota Cheetahs in Bloemfontein and their fourth overall against the team from Central South Africa.

The Toyota Cheetahs tried valiantly to curb the visitors, but in the end the team from Waikato simply had too much fire power as they scored five tries to two.

Both the Toyota Cheetahs’ tries were scored by second half replacements – Ashley Johnson intercepted and sprinted 50m to score and Johan Goosen rounded off some good attacking play in the left corner.

Goosen clinched a bonus point for the home team with a long-range penalty after the hooter had sounded.

The Toyota Cheetahs were with their backs to the wall for most of the game as the Chiefs arrived in Bloemfontein with the clear intent to score tries. Following the DHL Stormers’ defeat in Christchurch earlier on Saturday, the team from Waikato knew they could take first spot on the log, and that was what they went for.

The Vodacom Bulls won a stop-start Vodacom Super Rugby derby against the MTN Lions by 32-18 at Coca-Cola Park in Johannesburg on Saturday evening.

Although the three-time champions from Pretoria scored five tries to the hosts’ two and left with a full haul of five log points, they won’t be entirely satisfied as they left a number of good try scoring opportunities on the table.

Flyhalf Morné Steyn only managed to succeed with three kicks from eight at goal for a personal tally of seven points, which was ultimately enough to push his season tally past 100 – he became the second player in 2012 to reach the century mark.

Both sides committed way too many unforced errors, but these proved more costly for the MTN Lions.

The Vodacom Bulls got their fourth try in the first minute of the second half when former SA Under-20 captain CJ Stander went over, adding to the tries scored in the first stanza by Akona Ndungane, Zane Kirchner and Francois Hougaard.

Juandré Kruger also crossed after a good break by JJ Engelbrecht, while the MTN Lions’ tries were scored by Tian Meyer – from a charge down in the second minute of the game – and their hard-working captain, Josh Strauss, after a period of sustained pressure in the second half.