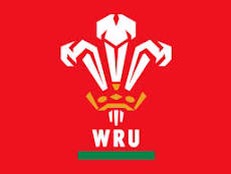 Wales change two in the engine room for Italy

Wales take on Italy in Rome on SaturdayWales have made two changes in their front-row to face Italy on Saturday with Rob Evans and Aaron Jarvis coming into the starting XV.

The duo replace the injured Gethin Jenkins (hamstring) and Samson Lee (Achilles) respectively in an otherwise unchanged team which will take to the field at the Stadio Olimpico.

Evans will make his first start as he wins his second cap in Rome and will line-up alongside Ospreys duo Scott Baldwin and Jarvis.

Luke Charteris and Alun Wyn Jones continue in the second row with Dan Lydiate and Taulupe Faletau lining up alongside captain Sam Warburton in the back-row.

The backline remains unchanged with Rhys Webb and Dan Biggar at half-back, Jamie Roberts and Jonathan Davies in the centre and a back-three of George North, Liam Williams and Leigh Halfpenny.

“It was great to get the result we wanted in front of our home supporters last weekend and to give us a chance going into the last round of action,” said Wales Head Coach Warren Gatland.

“Obviously it’s disappointing for Gethin and Samson, but Rob and Aaron stepped up well last weekend and we expect the same on Saturday.

“The challenge to us is to go to Italy and win, and try and win by a significant margin, but we know that’s an extremely tough ask and the first job will be to simply get the result.

“Italy build their confidence around the scrum and line-out drive and that’s an area we are going to have to compete strongly in at the start of the match.”

On the bench, Ken Owens returns to the matchday squad for the first time since South Africa last summer after recovering from injury. Saracens prop Rhys Gill, who was called up to train with the squad yesterday, is named on the bench alongside Scott Andrews as the front-row cover. Jake Ball and Justin Tipuric complete the forward replacements. Scarlets trio Gareth Davies, Rhys Priestland and Scott Williams provide the backline cover.