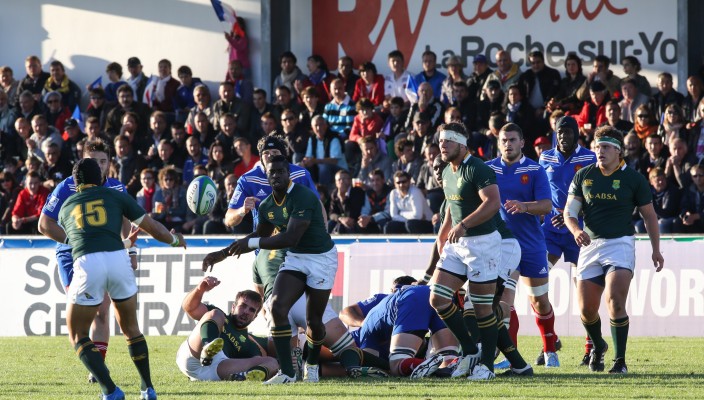 The Junior Springboks suffered the heartbreak of conceding a last-minute try and conversion to be edged out of the Junior World Championships, 18-17, (halftime 6-7) by Wales in Vannes, France, on Tuesday.

The Junior Boks had twice come from behind to hold the lead in the final quarter and looked on course for a place in Sunday’s final and a chance to retain the world crown they won in Cape Town 12 months ago.

Lock forward Irne Herbst collected a short throw at the front of the lineout to crash over for the first try and give South Africa a 7-6 lead on the half hour. Then, replacement flank Kwagga Smith, reclaimed the lead for South Africa with the second try on the hour to make it 14-11.

Handré Pollard had converted both tries and added a penalty to give South Africa a 17-11 with five minutes remaining. However, Wales right wing Ashley Evans dived on flyhalf Sam Davies’ chip into the in goal area and Davies then converted from wide out on the right to give Wales a last-gasp victory.