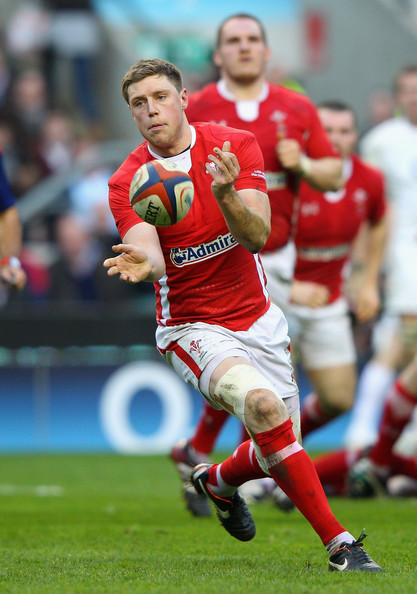 Wales coach Rob Howley has made four changes to his side for the second clash of the three Test summer tour of Australia to be played under the closed roof of the Etihad Stadium, Melbourne on Saturday (Kick-off 8.00pm,local time).

Up front Scarlets hooker Matthew Rees combines with Ospreys pair Ryan Jones and Alun Wyn Jones to add well over 180-caps worth of experience to the pack, whilst in the backs centre Ashley Beck (also Ospreys) wins his second cap.

Rees replaces fellow Scarlet Ken Owens, who misses out altogether, with Ospreys hooker Richard Hibbard providing the front row cover on the bench alongside his former regional colleague, prop, Paul James.(Alun Wyn) Jones, who captained the Wales XV to 25-15 victory over the ACT Brumbies in their midweek fixture on Tuesday night, replaces Dragons lock Luke Charteris in the second row, with Charteris moving to the bench.

In the back row (Ryan) Jones comes in at No8 in place of injured Dragons flanker Toby Faletau, who returned to Wales from Canberra yesterday (Tuesday) after breaking a bone in his hand.

Beck, who also featured prominently in the midweek clash with Brumbies, comes into the starting line-up in place of Scarlets centre Scott Williams. Williams joins Ospreys scrum-half Rhys Webb and Perpignan pivot James Hook in providing cover from the replacements bench for the backs.

“After the first Test Australia are obviously in the ascendency, but the tour is not over by any means and we have all toplay for on Saturday,” said Wales caretaker head coach Rob Howley.

“We are bringing three very experienced players into the pack, all three made an impact from the bench during the first Test which has justified their selection in the starting line-up this weekend.

“We were also impressed with the performances of Ashley Beck, Justin Tipuric, Richard Hibbard and Rhys Webb on Tuesday night and they have each very much played themselves into the squad.

“Having played two matches now on Australian soil we have acclimatised and are ready for another huge challenge this Saturday in Melbourne.”

Dragons wing Aled Brew will return home this week after a hip contusion (bruise) has ruled him out of contention for selection for the next two weeks, no further players will be added to the squad.

The Wales starting line-up is as follows: