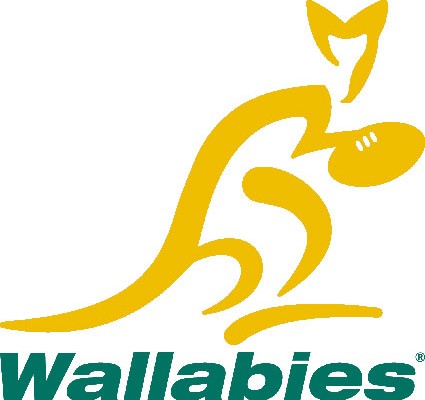 Three uncapped players have been included among the 25 named today in the preliminary Qantas Wallabies squad for next month’s DHL British & Irish Lions series.

NSW Waratahs fullback Israel Folau and the Brumbies pair of loose forward and skipper Ben Mowen and inside centre Christian Leali’ifano have all been included in the group, which will assemble in Sydney on the evening of Sunday June 2 to begin preparations for the once-in-12-years series.
Qantas Wallabies coach Robbie Deans says the selection reflected both current Super Rugby form and previous Test background.
He stressed the importance of the three-week preparation the core of the Test side will have prior to the first Test of the DHL series in Brisbane on June 22.
“That time will be critical,” Deans says.
“You only have to look back to the experience in 2001, where Australia lost the first Test, to see the consequence of a compromised preparation.  We have our own more recent experience of something similar.
“Rod Macqueen [the 2001 Wallabies coach] has since made it clear that despite the build-up they had, which included a warm up game; they were caught short in that opening game.
“We have to make the most of the limited preparation time we have in place in order to avoid a similar result.”
While the Wallabies played the New Zealand Maori in the lead up to the 2001 series; a ploy that was repeated by the All Blacks in 2005 and the Springboks in 2009 prior to their respective wins over the British & Irish Lions, Deans is confident the landscape in 2013 has catered for that need.
Sixteen rounds of Super Rugby will have been played by the time the preliminary squad assembles.
“We do have the ability to have opposed training, especially once the finalized full squad is assembled for the second camp on the Sunshine Coast,” Deans says.
A further six players will be added to the group once Super Rugby breaks for the mid-year Test window on June 10, with the final Qantas Wallabies squad of 31 to be named during the team’s second week together on Tuesday June 11.
A captain will also be named when the squad is finalized.
“It wasn’t an easy group to finalize, and there were a lot of hard phone calls made last night and this morning,” Deans says, in reference to the contact made to players who had been involved in the pre-tour logistics camps, but hadn’t been selected today.
“Today is not the end of it for players who haven’t been named. There are six more places to be filled in the squad while every Super Rugby player in Australia will have the opportunity to play international rugby against the Lions during the tour matches, as will the country representative players. It’s an exciting time.”
As well as the uncapped players, the preliminary squad is notable for the inclusions of Queensland Reds lock James Horwill and Melbourne Rebels flyhalf James O’Connor, who both missed all of the 2012 Test season due to injury.
Joe Tomane, who made his Test debut in the opening game of last year but was then rubbed out for the rest of 2012 after injuring his ankle at training prior to the first game of the Wales series, also returns.
NSW Waratahs inside centre Rob Horne and Queensland Reds halfback Will Genia are others who re-enter after missing the back end of last year due to season-ending injuries sustained during the Castrol EDGE Rugby Championship.
Nick Cummins, who is the sole representative from the Western Force, is also a recent returnee to Super Rugby after having had a delayed start due to injury.
The 25-year-old was one of the late season stars for Australia last year, especially on the Spring Tour where he picked up back-to-back tries in the wins over England and Italy. He is one of five players selected who made their Test debuts last year.
Injuries during last night’s Super Rugby match between the NSW Waratahs and the Brumbies saw hooker Tatafu Polota Nau ruled out with a broken arm and flanker George Smith due to knee ligament damage.
Inside centre Pat McCabe was also sidelined, although he could be available by the time the final six places are confirmed to complete the squad.
The 25 players who will go into camp with the Qantas Wallabies in Sydney on Monday June 3 ahead of the DHL British & Irish Lions Series is: